The politics and business of marijuana 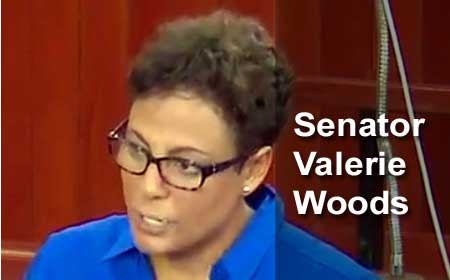 With the amendments to the Misuse of Drugs Act, an adult will now be able to possess and smoke up to 10 grams of marijuana in the privacy of his/her home and in someone’s house or in a hotel room with the consent of the owner.

Although a politically popular move, these persons still cannot grow, buy, import or sell marijuana. So where are persons to get their 10 grams of weed to smoke at home? Where will the tourist get it to smoke it in the hotel room? This is illogical. Cannabis is still an illegal drug in Belize and still listed on the Schedule 1 and Schedule 4 list of drugs in the UN international conventions. Without a strict regulatory framework, we are being irresponsible and sloppy in how we are doing this.

But this bill is doing much more than decriminalizing possession. Under the guise of decriminalization, the government has created a ganja and hemp industry. The DOCM did not in its recommendations suggest that amendments be made to legalize marijuana at this time for medical preparations, for industrial hemp or for limited recreational use. Enforcing these additional amendments as is, government is encouraging an illegal trade. How will this curb the killings that the Police Minister says occur on the Southside of Belize City because of the illegal sale/trade of marijuana?

Without these additional amendments, decriminalization of possession up to 10 grams could still occur. So why is government now rushing these other amendments with no regulations? The end result is that the process is ill-conceived and illogical.

If you can’t grow, buy or sell marijuana, then it makes no sense to have a law that says you can smoke up to 10 grams in the privacy of a house or hotel. Where will you get it from legally?

The hemp variety of cannabis will now be fully legal. The law refers to a TCH content that is yet to be prescribed. The law is silent on the authority that would license the farming, processing or supply of hemp.

Hemp and cannabis to the amateur eye are very similar. Without a licensing authority that monitors if it is really hemp that is being farmed, supplied, processed and sold, there will be great opportunity for misuse and exploitation of marijuana.

Hemp is a multi-billion-dollar industry. It is big business. Hemp is used in the manufacture of industrial and consumer textiles, building materials, foods, paper, personal hygiene products, animal feed among others.
Without a regulatory framework, who really benefits from commoditizing this strain of cannabis? Will it be that local farmers will be licensed to grow hemp? Will there be opportunities for everyday, regular Belizeans and small businesses to process or to sell it? Or will it be only for a few selected individuals and businesses with connections to government? Will the licensee for cultivation also be given a license to process or will this be restricted to avoid exploitation and misuse?

On the one hand, the penalties have been lessened for possession of one strain of cannabis for the regular Belizean, but on the other hand (without proper regulation) a business opportunity is being created to farm, manufacture, process, and sell another strain of cannabis for profit. Is this going to be a level and responsible playing field?

We could have proceeded with decriminalizing possession up to 10 grams first and monitored how this was working, providing periodic updates and improving on the amendment if needed.

In the interim we could have worked, in a real bipartisan manner, on the legislation and regulations for the other three amendment areas for a responsible pathway to legalization. This could have been done before presenting a half-baked legislation on legalization for recreational use, hemp and medicinal purposes. This would still have met the objective of decriminalizing possession.

Where do we go from here?
A decision to turn an illegal substance into a legal one, even if in a limited fashion, should not be a rushed decision for the politics of it. Despite this, the amendments to the Misuse of Drugs Act have passed. So what should be done now?

If we are serious about doing things in the interest of good governance and not just popular politics, there should be a bipartisan committee established posthaste to look at robust regulations. This should put some logic into these amendments and this should include the establishment of a Cannabis Licensing Authority to properly guide the development of the hemp industry and of ganja for recreational and medicinal use.

Doing this could provide for fair and equitable access to the new hemp business opportunities from these amendments and ensure oversight for permit applications for medical preparations and regulations for recreational use of marijuana. This would be a responsible way forward in an environment where transparency, accountability and compliance with the law are woefully lacking.