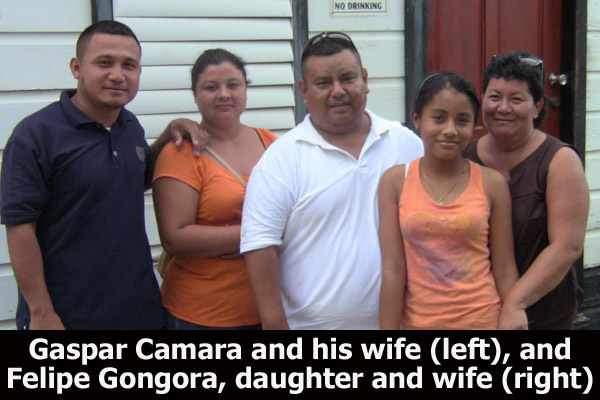 Amandala’s calls to Kolbe Chief Executive Officer Earl Jones, to ask him about two more staff terminations this week, have gone unanswered; however, we were able to confirm that the Office of the Ombudsman has been informed of the two additional firings, which come on the heels of a series of terminations reported by the Belize Central Prison Coalition.

Labour Minister Godwin Hulse had commissioned Labour Commissioner Ivan Williams to investigate allegations of arbitrary and unusually high numbers of terminations at the prison; however, our newspaper has not been informed of the outcome of those investigations.

Two cases were reported to our newspaper this week – and whereas terminations, generally speaking, are not illegal, the circumstances under which the July 16 terminations reportedly occurred are being questioned by the Coalition.

Gaspar Camara, who was a basic grade officer employed at Kolbe since 2008, and who had worked in the records section for the past two years, told us that by letter dated July 16, 2013, and signed by CEO Earl Jones, he was terminated with immediate effect.

The same letter template was used to inform Felipe Gongora, who was a principal officer and supervisor of the parole unit, also employed at Kolbe since 2008, of his termination.

How did both men come to be fired the same day? Camara said that issues emerged over an incident which occurred on a staff “rest and relaxation” outing to Corozal on Saturday, July 13, when a senior member of staff was accused of trying to rape his female co-worker. The female, said Camara, texted him and told him she was feeling traumatized, and he advised her to report the incident to the police.

Camara told us that the prison authorities proposed that the matter should be dealt with internally – and they did so by putting the accused person on internal disciplinary measures and enlisting him in a rehab program, he told us.

Camara told us that on Monday when he reported to work, the woman did not report to work and she indicated that she was not feeling well. He said that he then sent her a text informing her of the disciplinary measures, and he also commented to her that Kolbe doesn’t care about her.

“Apparently, management got a hold of this text. How, I don’t know how,” he said.

According to Camara, 45 minutes after the text communication, he was called to take a file to the Prison Superintendent, only to find the entire management team waiting for him.

The following day when he reported to work at about 10:00 a.m., he was questioned over a “leak” on the social media.

At 11:37 a.m. on Monday, the following post was made on Facebook under the name “Star Block”: “It is alleged that the prisons is covering up the attempted rape… This is attempted rape and [the accused] needs to be charged criminally….” (This is a vastly condensed version of what appears online.)

Camara, who said his phone was confiscated overnight, told us that management questioned him about who leaked the information on Facebook. He replied that he didn’t know. He got his phone back on Tuesday, the following day, when he was handed his termination letter and paid money that was due to him.

Gongora’s story was slightly different. He told our newspaper that, “On Monday, when I reported to work sometime around 9:00 or so, I was doing pre-parole interview with applicants and their families… The buzz had already been circulating in prison about what had happened in Corozal…”

He said that sometime around 2:00, he was summoned upstairs, and he arrived around the time Camara was being dismissed by management. He, too, was asked to hand up his phone, which Gongora said was likewise searched after management sent for it from downstairs, where he had left it.

Gongora said that his text messages and calls were searched. He was also asked whether he had had contact during that day, Monday, with anyone from the Coalition; to which he replied no.

“They held my phone and asked me to wait outside. I was called back, given my phone and told to leave,” said Gongora.

On Tuesday, when he returned to work, said Gongora, he was blocked from having access to the computer – which, it appears, was suspected of being the computer from which the post was made on Facebook.

Gongora said that the IT technician was brought to look at the computer, and the technician and the member of management left.

He said that about 2:00 that Tuesday afternoon, he was terminated, paid off and told to hand over whatever Kolbe property he had in his possession, which, he said, was just an ID card.

Gongora said that since he was the supervisor of his unit, he was the only officer there authorized to access the Internet.

Abdul Nunez-Marin, one of the leaders of the Belize Central Prison Coalition, continues his calls to the Barrow administration to look at the several issues they have raised, spanning from concerns over worker terminations to internal management issues at the prison.

Those issues are also being investigated by the Office of the Ombudsman; however, our newspaper has not yet received a formal update on the specific areas of concern.