Prisoner shot to death by police 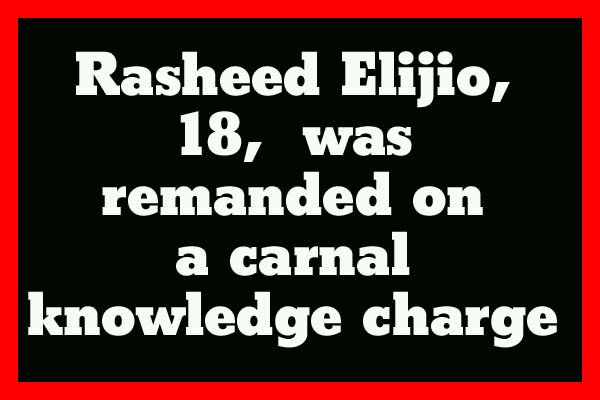 A prisoner who was being taken to the Belize Central Prison on remand on charges of carnal knowledge died after police shot him when he was being recaptured after he had escaped from custody. The incident occurred about 8: 30 this morning, Friday, in the Caribe Reserve area of Punta Gorda.

Police reports are that about 5:10 this morning, Rasheed Elijio, 18, of Ogaldez Street, Punta Gorda, and Brian Garcia, both prisoners who were charged with carnal knowledge, were being taken to the Belize Central Prison on board James Bus Line, from Punta Gorda to Hattieville, when the two prisoners, who were handcuffed together, sprinted away from the bus and escaped into the surrounding area.

Police said that they immediately went to the Caribe Reserve area, about three miles away from Punta Gorda, where people reported seeing them.

According to police, on their arrival in the area, they saw the prisoners, who ran away, and police fired at them, and as a result, one of the escapees was hit in his side. They were both recaptured, and the man who was injured, Rasheed Elijio, was taken to the Punta Gorda Hospital, where he died shortly after due to his injuries.

The Commissioner of Police has ordered an investigation into the shooting death, and Senior Superintendent Robert Mariano, Commander of the Southern Division, has been sent to Punta Gorda to take charge of the investigation.

Police said that yesterday, Thursday, Elijio was taken to the Punta Gorda Magistrate’s Court on charges of carnal knowledge. He was not offered bail, and was remanded into custody until June 28.

The charges against Elijio arose after he was found with a 15-year-old girl on Tuesday in a house in Punta Gorda. The girl told police, in the presence of her mother, that Elijio had had sex with her on seven different occasions.

She was taken to the Punta Gorda Hospital, where doctors certified that she had been carnally known. Elijio was then arrested and charged with carnal knowledge, and he was taken to court on Thursday.

Brian Garcia, who was along with Elijio, was not hurt, said police.