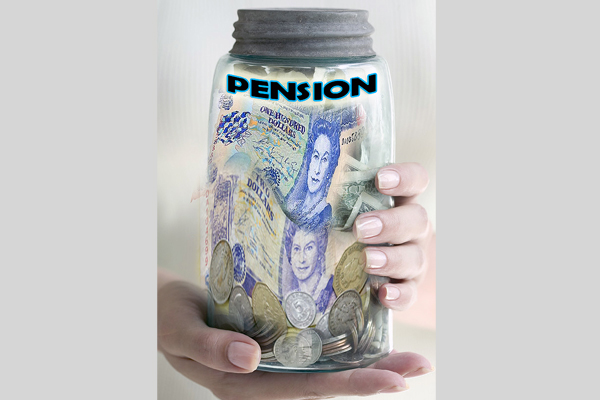 Then, it will be made public

A proposition by the Barrow administration to set up a new law to govern private sector pensions has created alarm in certain factions—and those concerns apparently won’t be allayed until a formal draft of the bill becomes public.

Amandala was informed by Alma Gomez, Supervisor of Insurance, that the Solicitor General is still working on the document, but after the drafting process is complete—to ensure that the bill, formulated by a Canadian consultant, aligns with domestic legislation—the bill will go to Cabinet before it is made available to the public.

Gomez told Amandala that there were consultations held with the private sector—including the insurance companies—in December and March, but further consultations are due to be held after the bill is ready for circulation.

“We need to look at what will happen in years to come – the senior years,” she said.

She pointed to the case of Japan, where, she said, the population is made up primarily of seniors, and they don’t have enough young people to support them. If pension resources are inadequate, there will come a time when the seniors won’t even be able to buy bread, and they will have nobody to take care of them, Gomez said.

Belize’s situation is markedly different though: the population is made up largely of young people. If Belize puts proper plans in place, said Gomez, it could prevent the problems Japan is facing.

She said that despite recommendations made by the consultant, the Attorney General’s Ministry is tasked with reviewing the document to ensure that it properly aligns with Belizean law.

She told us that the law is not seeking to make pension schemes mandatory; whether employers will set up pension schemes for workers will remain a voluntary decision. However, wherever those pension schemes exist, she said, they would have to be registered and reporting documents submitted to the Government.

Funds can continue to be lodged at credit unions or banks; however, in the event that an investment is made, say a certificate of deposit for $1 million, the Supervisor of Pensions would hold copies of those financial instruments – but Government won’t hold the money and can’t tell pension administrators how to invest their money, Gomez told us.

The Ministry of Finance has said that “following the 2008 financial crisis and following the liquidation of Caribbean Financial Limited, many Caribbean countries were urged to take steps to improve the regulatory and supervisory framework of their financial systems, with particular focus on private pensions and other financial products.”

The Government of Belize hired Morneau Shepelle LLC, a leading international financial consulting firm of Canada, to draft the legislation.

According to the Government, the intention is “to enhance the regulatory framework and make provision for supervisory oversight of Private Pension Plans established by employers for persons employed in Belize or in respect of which employers make contributions for their employees.”

When the utility companies learned of the proposed legislative changes some weeks ago, some workers expressed grave concerns, and some even contemplated pulling their pension money – over fear that the Government would lock in their pension funds and stream their monies into public sector investment instruments, placing their pensions in jeopardy.

The Government responded by indicating that certain private pension plans, including those pensions of the unions, would be exempt under the act.

It furthermore said that the bill does not in any way affect the Government pension nor the Belize Social Security Board pensions.

The law would, though, give the Supervisor of Pensions power to intervene when the Act is contravened, the Government added.

The unions had expressed the fear that the House could ram through such a bill in a single sitting – leaving no room for proper revision and refinement before making it law. They had also expressed concerns that the Government had been secretly working on the legislation for years.

As to concerns that the new law would make it possible for the Government to assume control of private pension funds, Gomez said that that is not envisioned in the proposed legislation.

She said that her office would merely have oversight responsibilities – but the actual funds would remain under the control of those who currently administrate them on behalf of contributors.

One of the central concerns voiced was the possibility of workers still losing their pension investments, and that workers would not be able to draw loans against their pension assets – for such purposes as education.

The concern was also raised that pensioners would only be able to get their 100% (lump-sum total) from their pension when they turn 90 – well beyond the life expectancy age.

Gomez said that there is no plan to adjust the legal retirement age.

The private sector has yet to come public with its thoughts on the proposed bill. Marilyn Pinelo Lee, chief policy analyst of the Belize Chamber of Commerce and Industry, told Amandala that the Chamber’s review of the proposed bill is ongoing. Lee said that they have decided to seek legal advice on the proposals, and the Chamber would hold further executive discussions before formalizing its input on the legislation.