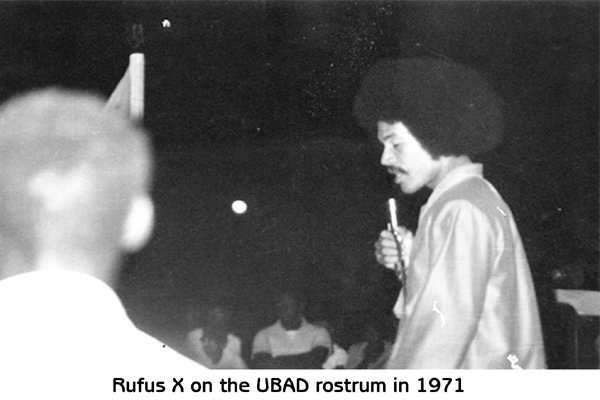 For us in little Belize, it may be that all the various energies and initiatives we have seen over the past few years have not impressed us. But, they should, because they are all indigenous and authentic. I am referring to Wil Maheia and the Belize Territorial Volunteers (BTV) in Toledo, Bobby Lopez and Hubert Enriquez with the Vision Inspired by the People (VIP) in Belmopan, Nancy Marin and Don Hector Lopez in Cayo, the small citrus growers in the Pomona Valley, the cane farmers in the Northern Districts, the teachers as organized nationwide in the Belize National Teachers Union (BNTU), and the Belize City-based Citizens Organized for Liberty through Action (COLA).

Washington and London have an agenda for Belize, and their agenda does not make allowance for what is indigenous and authentic in Belize. The rulers of our world want us to fit into a Eurocentric pattern which features neoliberal capitalism. What this means is a form of economic organization wherein global financial forces decide what we Belizeans should do with our natural resources, how our human resources will be utilized or exploited, and what constitutes desirable development and national well-being.

The problem with the Washington/London agenda, if we are to judge from Guatemala, is that there will be a growing, frightening gap between the minority socio-economic elite, on the one hand, and the masses of the Belizean people, on the other. Such an agenda inevitably includes a great deal of violence being unleashed by the state against the masses who are condemned to permanent ferment because of the desperation of their existence. The Washington/London agenda is Darwinian, and it is Hobbesian.

I welcome the indigenous and authentic energies and initiatives of the Belizean people, and, on the occasion of the 45th anniversary of the founding of the United Black Association for Development (UBAD), I want to pay respect to a man who remains on the front lines of the struggle after all these four plus decades. That man is Rufus X.

Rufus first became a UBAD officer in 1971, but he and his first cousin, Raiford Wade, had begun to come around UBAD after they graduated from the Belize Technical College in mid-1969. Rufus had skills in woodworking, welding, and construction which enabled him to make money on his own. Another UBAD official who had such skills was Galento X Neal, who was a tailor, a mechanic, and a steam press operator. Most of the rest of us, however, found ourselves in financial problems once the power structure began to victimize us.

From an early age, then, Rufus was a man among men, and he remains a Belizean whom the power structure cannot control or intimidate. Today, I want to tell you a story Rufus has told me more than once over the four and a half decades that I have known him.

The economy here was not a plantation economy during slavery and colonialism, as was the case in Jamaica, Barbados, Trinidad, and the rest of the British Caribbean. The Belizean economy was a mahogany camp economy, and the last of the great mahogany camp bosses, figuratively speaking, was Mr. George Cadle Price, now Right Honorable.

It is difficult to explain how big Mr. Price was in Belize during the 1960s. He was really a Belizean colossus. If you ran afoul of him in any way, you would feel pain. I remember that when I returned home from university in June of 1968, Mr. Price forced me to visit him by pressuring my dad, and when I went to his office he disrespected me. There was nothing you could do: he was the colossus.

In the days of the mid-1960s, Belize had a tiny international airport called, if I remember correctly, Stanley Field Airport, roughly where the new airport is. I don’t know if they didn’t have landing lights, or if they did not turn them on at night. Come to think about it, they must have had lights for emergency landings, but Rufus and an older brother of his came to the conclusion one night that a plane was in distress near the airport. They rushed there in a vehicle and directed their headlights on to the landing tarmac. In so doing, they saved the lives of the pilot of a private plane and his passengers. The pilot was a rich doctor from Miami, and he was, of course, profusely grateful.

His offer to Rufus was to finance his studies in Miami. A younger brother of Mr. Price was studying or working at the same hospital where the American doctor worked, and the situation came to his attention. The upshot of it all was, as Rufus explained to me, that Premier Price declared that the American doctor should not interfere in Belizean business, thus preventing him from going to Florida.

The story is an extraordinary one, almost incredible. But, Rufus has told me this story more than once. And, whether it is true in every detail or not, the fact of the matter was that Rufus believed that Mr. Price had denied him an opportunity to study abroad.

I believe Rufus’ righteous anger influenced his decision to support the new United Democratic Party in early 1973. He went on to support the UDP for fifteen years, and assisted materially in the party’s first national victory in 1984. Between 1987 and 1988, however, the UDP conspired to deny Rufus X the right to run as a UDP candidate in Belize Rural North. Rufus X was a UDP true believer, and they broke his heart.

Today, Rufus X is a prominent participant in the energies and initiatives in our country which I have described as indigenous and authentic. I am not a social scientist or academic, so I cannot say exactly what it is that is going on at the base of Belize’s socio-political pyramid. What I can say for sure is that Rufus X is in the front lines of the struggle for freedom, justice, and equality, that he has been there since 1969, and that he is a sincere man.

Power to the people. Power in the struggle.