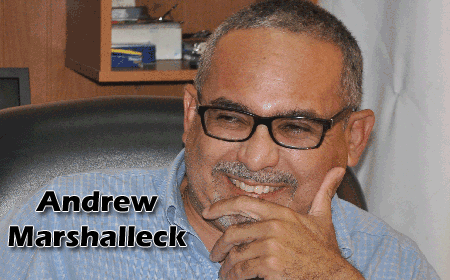 BELIZE CITY, Wed. May 11, 2016–On Friday, April 29, the day before the Belize Territorial Volunteers (BTV) were scheduled to go to the Sarstoon River in celebration of the anniversary of the signing of the 1859 Anglo-Guatemalan border treaty, the government announced that Prime Minister Barrow had consulted with the Governor General and passed into law Statutory Instrument (SI) 42 of 2016, restricting Belizeans from visiting the Sarstoon River.

The government’s “Sarstoon Prohibition,” as it was later described, was met with widespread criticism, and several prominent attorneys have expressed the view that the law is definitely unconstitutional, because it conflicts with the provision of the Belize Constitution, which guarantees freedom of movement.

The Opposition People’s United Party (PUP) as a result held a National Party Council meeting on Saturday and approved a resolution from the PUP National Executive to mount a legal challenge to the Sarstoon River SI.

The Opposition took matters a step further today when its leader, Hon. John Briceño, filed court papers challenging the constitutionality of the SI.

The PUP’s legal advisor, Andrew Marshalleck, S.C., briefed reporters on what the party is hoping to accomplish through this legal challenge to the government.

Marshalleck added, “The basis of the claim is really straight-forward and simple; as you all are well aware, the Constitution guarantees Belizeans the right to freedom, subject, of course to a number of accepted restrictions.”

Marshalleck explained that the Public Safety Act is one of the laws in the Constitution that provides a basis on which restrictions can be placed on people’s freedom of movement, and that Section 2 of that law, the basis for the power to make the SI under Section 2, states that the Governor General must be satisfied that there is a risk of public commotion. The challenge to the constitutionality of the SI is based on the assertion that there was no risk of public commotion.

The PUP leader Briceño is seeking two declarations from the court. One is for the court to declare the SI unconstitutional, and two, more specifically, is a declaration that the exercise of the power by the Governor General to pass the SI was outside the scope of authority conferred by the Public Safety Act.

Marshalleck admitted that by the time the court case comes up, the 30-day period to which the prohibition applies will have already passed, so the court is being asked to consider the legality of a law that would no longer be in force in practical terms.

The fact that the matter becomes academic is a hurdle that will have to be surmounted in order to get a hearing to determine the merits of the claim, Marshalleck said.