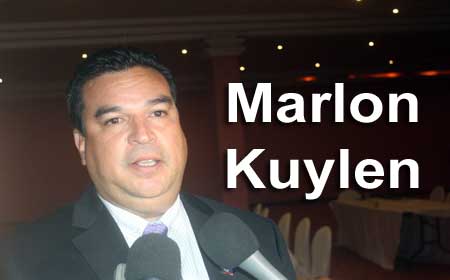 BELIZE CITY, Mon. June 26, 2017–It was a different plot from last year, but a similar ending at the 2nd floor of the Princess Ramada Hotel in Belize City over the weekend, where the Football Federation of Belize (FFB) twice attempted to convene its 10th Ordinary Congress, where elections for President and a Vice President were items on the agenda; and twice it was unsuccessful. No quorum was reached; and so, no elections could be held. Therefore, Acting President Marlon Kuylen will continue in that post until further notice.

On Saturday, with everything in place, and CONCACAF representative Marco Leal in attendance, only 4 members appeared, where 5 members were needed to make a quorum. The meeting was therefore aborted until Sunday morning; but again a quorum could not be reached.

Amid the controversy surrounding allegations of bribery by former president Ruperto Vicente against aspiring president Sergio Chuc, a number of voting members of congress had expressed their displeasure with the way Chuc’s candidacy had been rejected by the Electoral Committee and the Appeals Committee. With no Ethics Committee in place, their view was that proper procedures were not followed to adjudicate on the charge brought by Vicente, and no elections should be held until an Ethics Committee was installed. Two other aspiring candidates, Cruz Gamez and Anthony Mahler, had also seen their nominations rejected by the Electoral Committee, which harkened back to the days of the Chimilio administration, when it seemed impossible for any hostile nominee to have their candidacy accepted. Of the three rejected nominees, presidential nominee Sergio Chuc has secured legal assistance and forwarded his case all the way to the international Court of Arbitration for Sports (CAS) in Switzerland; but that process may take months before a decision is made. 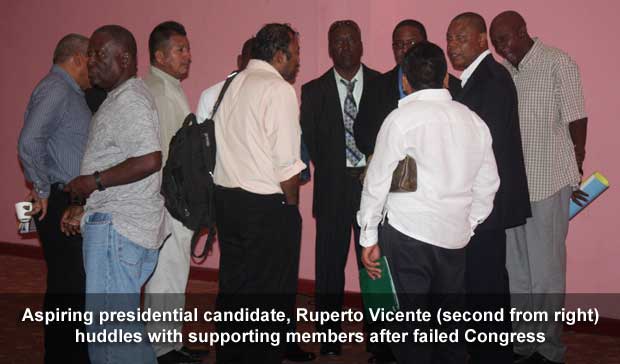 Meanwhile, Acting President Marlon Kuylen has acknowledged that the present FFB Electoral Code is indeed flawed and in need of amendments; and as well that an Ethics Committee needs to be installed.

In the days leading up to the Congress, Kuylen had indicated that, since this Congress was a continuation of last year’s Congress, where the election had failed to produce a winner after 22 rounds of voting, therefore the new elections this year had to be conducted under the same Electoral Code. But it now appears that that it is a “chicken or egg” situation. The admittedly flawed Electoral Code and the rejection of Chuc’s candidacy in the absence of an Ethics Committee have so aggrieved the majority of Congress members, that they have refused to convene the 10th Congress and hold elections until the situation is corrected. 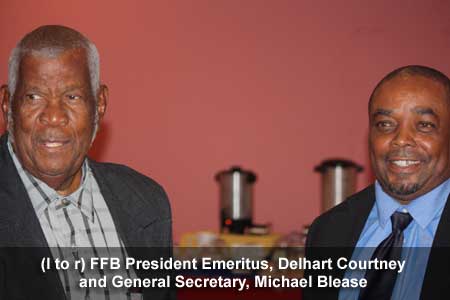 FIFA’s mandate on appointing Marlon Kuylen as Acting President after last April 30th’s failed presidential election, was for Kuylen to fill the role for a year, when the failed election was to be attempted again; which he has done. The question now is, with Kuylen continuing as Acting President, will he now be empowered by FIFA to address the flaws in the FFB Electoral Code and appoint an Ethics Committee before another attempt is made at FFB presidential elections? Or will the status quo remain until Chuc’s case is dealt with by CAS and/or the aggrieved members commit to the reconvening of the FFB Congress?

In the meantime, the Belize football family, players young and not so young, female and male, countrywide, await with concern for the many FIFA funded programs and tournaments, which depend on the FFB’s continued support from the world football body.