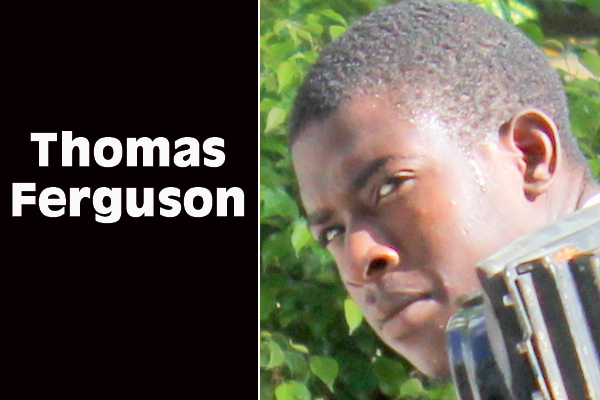 Ferguson expressed regret for burglarizing his neighbour’s house, and returned the stolen items

This morning, Thomas Ferguson, 22, a resident of Fabers Road, was brought before Magistrate Leslie Hamilton and charged with burglary and handling stolen goods.

Dulce Sutherland, 41, returned home from work at 5:30 Wednesday evening to find that the back door of her house, located at #9504 Fabers Road, had been pried open. She found the house ransacked, and her black and silver 22- inch flat screen television valued at $1,000; a DVD player valued at $100; and a Dell brand laptop computer valued at $1,100 were missing.

Sutherland visited the police station, made a report, and returned home. At 7:00 that night, Sutherland called for police assistance after Thomas returned to the house with all the stolen items, in an attempt to give them back to her. Police arrived and were able to apprehend Ferguson, after which they took him and the items to the police station.

In court, Ferguson wasted no time and pleaded guilty to burglary and asked Magistrate Hamilton for leniency when sentencing him.

After hearing the facts of the case, the magistrate took into consideration the fact that Ferguson pleaded guilty to the charge and that he returned the items on his own, without the use of government resources. He then sentenced Ferguson to three and half years for his crime.

The handling stolen goods charge was withdrawn by the prosecutor Kennard Clarke.