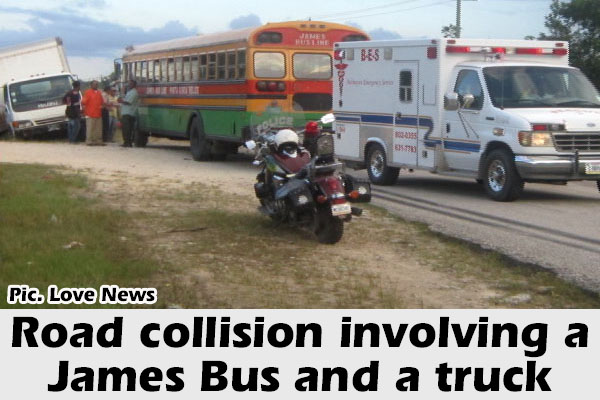 A collision between a James Bus and a truck occurred at about Mile 42 on the George Price Highway around 4:30 this afternoon. The collision caused minor injuries to two persons on the bus — a man, 32, who complained of back pain, and a little girl, 6, who began to bleed from the nose.

An ambulance later took the injured man, a resident of Kings Park in Belize City, to the Belmopan Hospital for treatment.

The bus driver said that he quickly sounded his horn, but nevertheless slammed into the truck.

Police have since begun an investigation into the road collision.