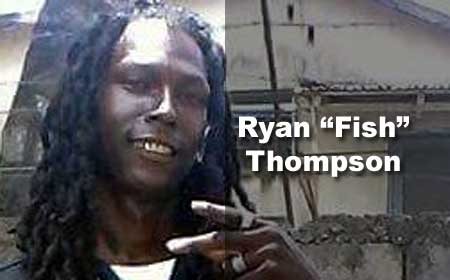 BELIZE CITY, Mon. Aug. 21, 2017–Ryan “Fish” Thompson, 24, is the latest victim to be gunned down in the old capital. According to police reports, at around 9 o’clock last night, Sunday, he was just about to enter his home at #193 Neal Pen Road Extension when he was ambushed by a gunman, who reportedly crept from behind his home and shot him in the legs, chest, back and hands.

Thompson was transported to the Karl Heusner Memorial Hospital (KHMH), where he was admitted to the Intensive Care Unit (ICU). His pancreas, liver, lungs and kidneys were too severely damaged, however, and at 2:56 this morning, he succumbed to his injuries.

Today, Amandala spoke to sources close to Thompson, who revealed that he may have been killed over a dispute involving a weed whacker.

Our source told us that one of Thompson’s friends had loaned his weed whacker to another friend. The friend sold the tool, however, instead of returning it. This was a major blow to Thompson and his friends because they all shared use of the machine. On Saturday morning, they visited the man who sold the weed whacker and subjected him to a beat-down allegedly.

Thereafter, the man was taken to the police station. The man was released later that day and was seen strolling near Thompson’s home with three other men.

On Sunday morning, the men were again seen, this time in Thompson’s yard. Information to Amandala is that Thompson ordered them to leave, and they did so peacefully. 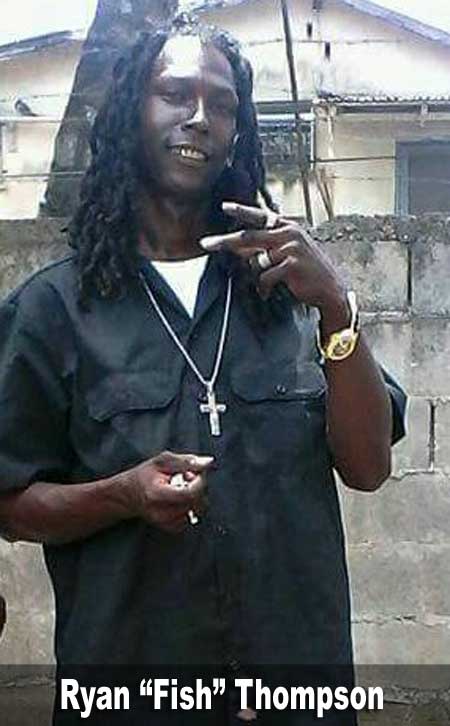 However, the men returned later that night, and one of them allegedly ambushed Thompson.

At the hospital, Thompson was conscious and was able to communicate the name of the shooter to police. Police have since detained that man, also from Neal Pen Road, for questioning.

This evening, Amandala spoke to Ronald Hamilton, Jr., the father of the deceased. He told us that he learned of his son’s demise while he was on his way home and saw police vehicles assembled in the area.

According to him, he never thought this day would come, because his son was a hardworking handyman and single parent who dedicated his life to his two daughters, who are two and four years old. On any given day, he said, they could all be seen on Thompson’s bicycle, travelling together. They were his greatest accomplishments, said the shocked father.

Thompson leaves behind his parents, five brothers, six sisters, and his two daughters.