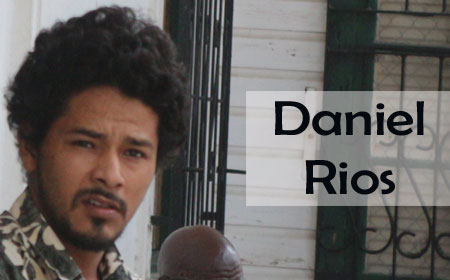 BELIZE CITY, Thurs. Apr. 30, 2015–A Salvadoran man has become the latest person to be remanded to prison on charges of unlawful sexual intercourse and wounding of a minor.

Yesterday, Wednesday, Daniel Rios, 26, a resident of Star Fish Crescent in the Belama area of Belize City, appeared before Chief Magistrate Ann Marie Smith, who arraigned him on the two charges.

No plea was taken from Rios, as the offenses will be heard on indictment after a preliminary inquiry is held in the Magistrate’s Court that will determine if there is a prima facie case against him.

Smith, however, remanded Rios to the Belize Central Prison until his next court appearance date on August 5.

Court records indicate that on April 24, 2015, a nine-year-old girl reported to police that Rios had sexual intercourse with her at his Star Fish Crescent home.

The child was examined by a doctor who certified that she had been carnally known and classified an injury to her vagina as wounding.

Rios, who appeared in court without an attorney, could be facing a number of years behind bars if he is convicted of the two charges.

Conviction of wounding carries a prison sentence of up to 7 years in prison, and the maximum sentence for unlawful sexual intercourse, the new term for what was formerly classified as unlawful carnal knowledge, is life in prison.