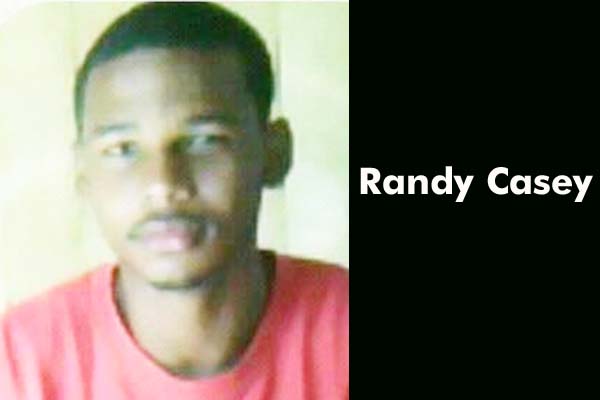 Randy Casey, 23, had a premonition that he might die

Randy Casey, a 23-year-old resident of Camalote who was a security guard at a store in San Ignacio, is dead after a masked man shot him multiple times while he was on duty. Police have since detained a 16-year-old young man who they believe can assist them in solving this senseless murder. The killing occurred about 8:00 p.m. on Friday, May 10, at Kenny Store on Flamingo Street in San Ignacio.

According to police, they responded to a shooting on Flamingo Street in San Ignacio, and went to the store, where they saw the security guard, Randy Casey, lying on the floor gasping for breath with three gunshots wounds. He had been shot in the lower and upper left side of his chest, and in the right side of the abdomen. Police took him to the San Ignacio Hospital, where he was pronounced dead on arrival.

It appears that Randy Casey might have been killed for his firearm. Police say he was on duty outside the store when an armed, masked man came up and opened fire on him, hitting him multiple times. Witnesses in the store told police that when Casey fell down after being shot, the killer quickly stole his firearm and ran away.

The killer was reportedly dressed in a black t-shirt and black 3/4 pants, with a mask over his face.

After launching an investigation, police detained a 16-year-old for questioning. However no one has yet been arrested for the death of the security guard.

Randy Casey, who previously worked as a prison officer, had only been working with the company that was his employer for a month when he was killed. The day on which he was shot was reportedly the first day on which he was given a firearm to work with.

A family friend told Amandala that on the evening of his murder, Casey spotted a suspicious-looking man lurking in the area, and had called his girlfriend and asked her to take good care of their five-month-old baby, and he reportedly told her that, just in case anything happened to him, he wanted her to know that he loved them. It was not long after this call that his murderer approached and shot him.

Randy Casey is survived by his 5-month-old son, his parents, four brothers, two sisters, his girlfriend, and a host of other relatives and friends.