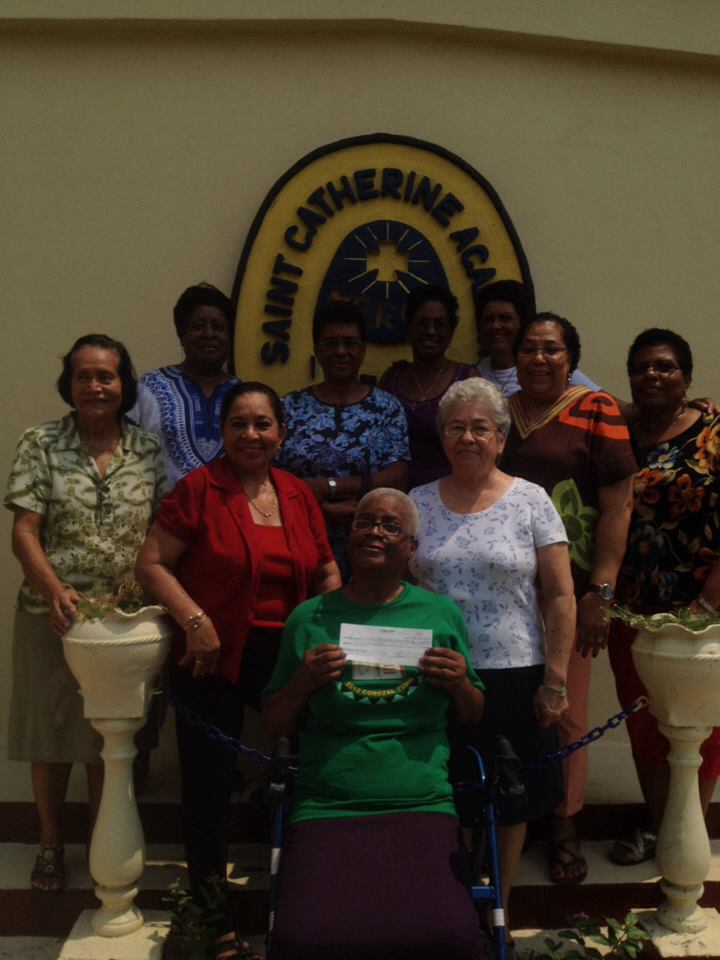 Marion Slusher, 67, describes herself as a “reunion junkie.” Her passion has been organizing reunions for her former classmates who graduated with her from St. Catherine Academy in 1964. That was 50 years ago, and her graduating class made history in becoming the first set of girls to attend St. John’s College Junior College. Needless to say, their male counterparts were excited to have them come on board!

Although they moved from an all-girl to a coed school, they have since taken the time to reunite, and reminisce and reconnect. Their last such gathering was held last Saturday, April 26, 2014.

Eighteen 1964 SCA grads attended a Saturday night Mass at Holy Redeemer Church, after which they gathered for a social evening at Slusher’s home. They dined together and enjoyed the cabaret sounds of Beverly Swasey. Virginia Foreman entertained them with dance.

Their last reunion was 10 years ago, in 2004, and the future reunions may be few if any, they told us.

Kathleen Thompson, 66, flew in from Florida to participate in the reunion. Also at the reunion were their former principal, Sr. Mary Sarita, and their former teacher, Sr. Leona Panton.

Slusher and Thompson said that when they graduated in 1964, their 82-member graduating class was the largest that had passed through the school. Six members of their group have passed away and the majority of them are living overseas, they said.

Today, the women visited their alma mater and invested $1,000 in bonds to help finance the construction of an auditorium for the school. They said they will reinvest the earnings from those bonds into education.

The women were also elated to have a chance to speak with the freshman and junior students of SCA.