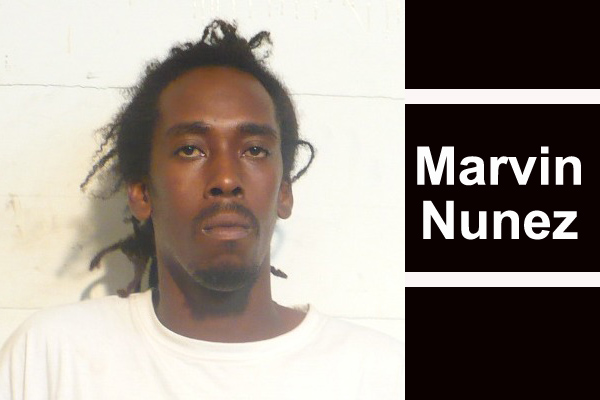 Marvin Nunez, 29, a father of 5 children and resident of Miller Street in Lake I, died after he was shot three times by a gunman who ambushed him in front of St. Ignatius Primary School on Euphrates Avenue on Friday, December 7, 2012, at about 1:08 p.m.

Witnesses said that Nunez and his girlfriend brought two children to school, and as he stood by the gate, and the mother and children went into the schoolyard to the children’s classrooms, a man who was behind him bent down as if to tie his shoes, then fired a shot into the back of Nunez’s head.

When Nunez fell, the gunman fired more shots into his head and his shoulder. The killer then rode away on his bicycle as if nothing happened, and escaped into the surrounding area.

There was confusion in the schoolyard as the children who were just going into their classes became alarmed by the gunfire just outside their gate.

Police reports are that they went to the Karl Heusner Memorial Hospital, where they saw Marvin Nunez, 29, with 3 gunshot wounds. Nunez succumbed to his injuries at 1:25 p.m.

His mother, Ann Tench, told Amandala that doctors tried to help him, but the injuries were too severe. He was shot two times into the back of his head, and once in his upper shoulder. He died shortly after at the Karl Heusner Memorial Hospital.

At the time of the shooting a funeral service was being conducted at the St. Ignatius Church.

Tench told Amandala that she had not expected the death of her son, because he was not a gang-banger and was employed at Décor Event Planning. She was at work when she received a call informing her that Marvin had been shot, that he had been taken to the KHMH, she said.

As she was waiting for a vehicle to take her to the hospital, she got another call, informing her that he had died. She went to the hospital, where doctors met her and told her that nothing could have been done to save her son, because of the shots to the head.

She was allowed to see him, she said, and she held him and cried, after which he was taken to the morgue. The grieving mother said that when she saw her son, lifeless, she felt empty, and drained. She strongly wants to tell the youths to put down their guns and stop hurting each other and turn to God. She said that only God can save the situation, and not the guns and the money that the criminals have.

Tench said that Marvin Nunez was a responsible father, who loved music and dancing. He was friendly and got along well with others, she said.

Marvin Nunez was the father of three daughters, 8, 6 and 3, and was also the stepfather of two children.

His mother does not think so, but police believed that he was killed due to the ongoing gang war.

Apart from the children and his mother, Nunez is survived by his father, Renford Nunez, five sisters and two brothers, and many relatives and friends.

Nunez’s death interrupted a two-week respite in murders, after six people were killed over the weekend of November 24 and 25, 2012.

Police have since launched an investigation into the shooting, but no one has yet been arrested or detained for questioning.