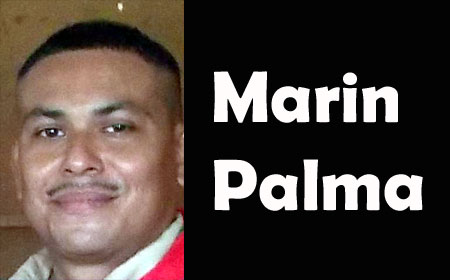 PUNTA GORDA–A Scout leader of Forest Home in the Toledo District, Martin Palma, 37, has been remanded to the Belize Central Prison until December 17 on three counts of aggravated sexual assault of an indecent nature upon three male minors.

Martin Palma was taken to the Punta Gorda Magistrate’s Court yesterday, where he was arraigned on the charges. No bail was offered to him.

The allegations against Palma are that he sexually assaulted three boy scouts while they were camping in the Santa Cruz Community Center on Friday, October 31, along with other scout troops from the surrounding villages.

The first incident occurred at about 4:30 that Friday evening. A scout, 17, told police that he went to Santa Cruz to see Palma. When he met the scout leader, he smelled the odor of alcohol, the young man told police. The scout reported that he walked out of the office and decided to return to his village and walked through a shortcut linking Santa Cruz to San Jose.

The scout told police that while he was walking, the scout leader walked up behind him, grabbed him around the neck and began touching his lips and cheeks, and his chest. The scout leader then told the scout that he would pay him $1,000 not to report the matter, and that he was a rich man.

The young man, however, did not keep quiet and went to the police and made a report.

Another scout, 16, told police that at about 8:00 that night, that same Friday, October 31, he was sleeping in his bed at the Santa Cruz Community Center, where they were camping, when Palma went to his bed and began to loosen his belt buckle and touch his chest. The scout became alarmed, and the scout leader told him that he would pay him $1,000 to keep quiet. The scout, however, made a report to the police.

Another scout, also 16, told police that at about 5:50 p.m., he went to the community center to meet his scout leader, Palma. He said that Palma gave him alcohol to drink and at 10:00 p.m. that night, he was awakened by Palma touching his chest and penis.

As in the other cases, the scout leader told him not to report the incident to anyone, and that he would pay him $1,000 to be quiet.

The scout, however, went to the police, where he made a report.

Punta Gorda police said that they have gotten complaints before about Palma, but not official statements. In these cases, however, they immediately launched an investigation and the scout leader was detained and later charged with the offenses.

About 30 boy scouts were camping at the Santa Cruz Community Center that weekend.

Martin Palma is a teacher at a school in Santa Cruz.

At about 4:43 this evening, we received a press release from the National Scout Executive, titled “In response to the charges of sexual assault brought against Mr. Martin Palma, a scout leader from Jan Jose Village in the Toledo District.”

The release, however, apart from repeating and affirming the ideals of scouting, did not directly address the matter, apart from stating that “As a principle, the Scout Association condemns the involvement of any scout leader in sexual abuse and reaffirms its commitment in combating sexual abuse in and outside scouting…the Scout Association of Belize therefore commits to increase their efforts in addressing the problem of sexual and child abuse that is pervading all levels of our society and stands committed to continue working towards a solution to this serious problem.”