The search continues for Erwin Rodriguez, 17, missing for 38 days 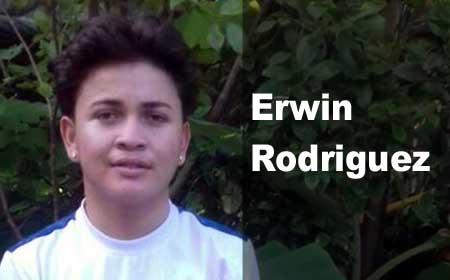 His family and the police are conducting extensive searches for him, but he has not yet been found.

The search party was searching in the Dykes area off Fabers Road, and one of his slippers was found, but there was no sight of him.

Searches to find Erwin Rodriguez, who has now been missing for 38 days, have been reactivated. Volunteers and family members of his are banding together to find him. Yesterday the search party went out again to the Dykes area to find him, but the effort was in vain.

The organizers said that there are now four divers who have volunteered to carry out dives in the Dykes in an effort to find his body, if he had been killed and thrown into the area to dispose of him. They went to the area today to see what equipment will be needed to conduct the diving mission.

The organizers are calling on persons who have canoes or boats, to join them in their effort to comb the entire Jane Usher Boulevard area and along the Dykes to find him.

Anyone who knows Erwin Rodriguez’s whereabouts or has information that can lead to finding him is urged to contact the nearest police station, or his family at cell phone numbers 620-4502 or 668-7874.