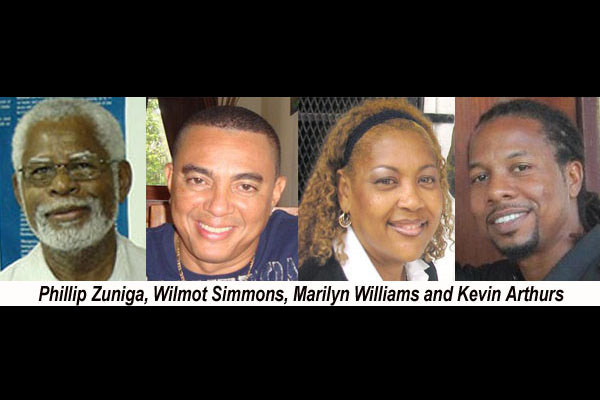 Customs officers are now required to file financial statements. Their deadline was January 15, 2014, but reportedly, no one has yet filed.

Seven persons were appointed to the Integrity Commission when the Senate met today at the National Assembly in Belmopan.

Heading the Commission is Marilyn Williams, attorney-at-law and the former director of the Financial Intelligence Unit (FIU). She is one of three attorneys who will now sit on the Commission. The other two attorneys are Philip Zuniga, SC, ex-president of the Senate and a former executive chairman of Belize Telemedia Limited; along with Kevin Arthurs, attorney and board member of the Human Rights Commission of Belize.

Brent Feinstein, director of Benny’s Home Depot, fills the seat of accountant on the Commission, which has years of backlog statements from parliamentarians to peruse.

Amandala has been reliably informed, though, that although filings are required from all members of the House and Senate, including the Speaker of the House and the President of the Senate, only 5 filed last year, including Prime Minister and Minister of Finance and Economic Development, Dean Barrow.

This year’s filings will be due in three months, and notices were sent out to over 40 parliamentarians last month to remind them to file their financial statements.

Eddie Webster, the Clerk of the National Assembly, is the finance officer for the 7-member Integrity Commission.

Amandala also understands that in line with legislative measures passed last year to satisfy demands of the Caribbean Financial Action Task Force, Customs officers are now required to file financial statements. Their deadline was January 15, 2014, but an official source told us that no one has yet filed.