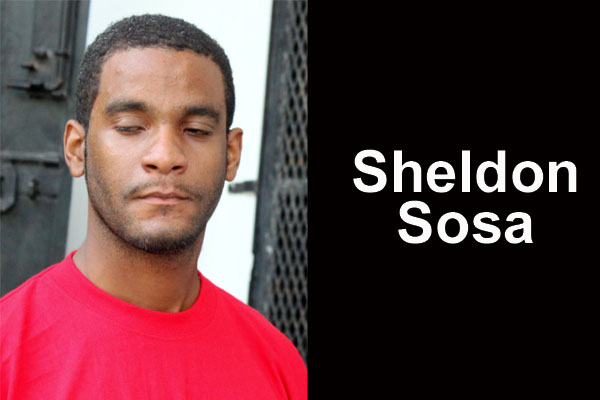 This morning, Sheldon Sosa, 24, a mechanic of #56 Albert Street, was taken before Magistrate Clive Lino and charged with robbery of Brodies Supermarket – a robbery which yielded him $46,064.42.

According to police, around 4:30 Saturday evening, security guard for James Brodie Company Limited, Elison Emmert Lamb, 52, was on Albert Street in front of FirstCaribbean International Bank (FCIB) on his way to make a cash deposit. The bank is just across the street from the supermarket.

Lamb was just a few yards away from the bank when he felt someone place something against his back, something he believed was a gun, while demanding that he hand over the cash bag. Fearing for his life, Lamb complied with the demand and handed over the bag to the robber, who then ran down Church Street, got a bicycle from an accomplice at the corner of Church Street and Duck Lane, and rode off toward East Canal.

What Lamb handed over to the robber was a black plastic bag which contained four cash bags – 3 Zip Lock bags belonging to FCIB and 1 green bag belonging to Belize Bank. Those bags had a combined cash content of $46,064.42.

Sosa was unrepresented when he appeared in court today, and he pleaded not guilty to the charge. Although he pleaded not guilty, because the robbery was allegedly committed with a firearm, he was not offered bail and was remanded to the Belize Central Prison until his next court appearance scheduled for November 4, 2013.