Home Headline Shocker: Candelaria Saldivar paid $60,000 a year for 15 months to do...
Headline

Shocker: Candelaria Saldivar paid $60,000 a year for 15 months to do nothing! 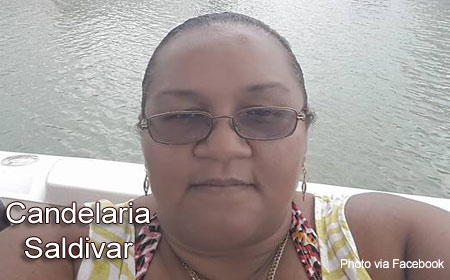 BELMOPAN, Fri. Aug. 26, 2016–Candelaria Saldivar-Morter, sister of Defense Minister John Saldivar, has strangely been on administrative leave on full benefits—including monthly allowances—for a year and three months, with no news of when exactly she would be re-assigned, according to revelations made in Parliament on Friday.

Last May, it was announced that Saldivar-Morter, who was part of the team which led an internal investigation into the Elvin Penner passport scandal as the Chief Executive Officer responsible for Immigration, had been put on administrative leave until Prime Minister Dean Barrow, who has the portfolio for the public service, can re-assign her, which he has apparently been unable to do for over a year now.

He said that “…she’s on the money, she’s precise, she’s accurate, she’s a very good accounting officer and many people found that her strengths were too stiff.”

Hulse added that, “The Prime Minister and the Cabinet had decided, ‘Okay, we will place her in another spot where her strengths will be better utilized’…”

In Parliament on Friday, Opposition Leader Johnny Briceño asked the Right Honorable Prime Minister, as the minister responsible for the public service, to inform the House of Saldivar’s current status.

Briceño probed whether she is still receiving her full CEO salary ($60,000 a year), plus allowances and benefits, which include vehicle, entertainment and housing allowances. He also asked Barrow to inform Parliament for how much longer Saldivar would remain on administrative leave.

In reply, Barrow said that Saldivar-Morter is a public officer and not a contract officer like most other CEOs, and she remains on administrative leave because, he said, “…we have not yet been able to find an office to re-assign her.”

“We have to make sure that she doesn’t lose any benefits by way of her re-assignment. She is, therefore, still on administrative leave with her full benefits. It is long outstanding; we hope to sort it out very shortly,” Barrow added.

He said that “in the normal course, [she] does not exit the public service until she reaches retirement age.”

Barrow told Parliament: “If there simply is not another public service position that is on the same level that she is prepared to accept, we will discuss with her retirement in the interest of the service.”