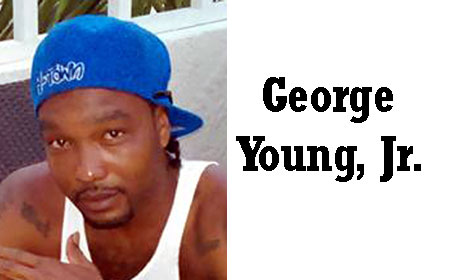 BELIZE CITY, Sat. Oct. 29, 2016–George Young, Jr., 37, had been a regular patron at Buck’s Barber Shop, situated at the corner of South Creek and Mohammed Ali Streets in Belize City, for as long as anyone could remember.

Young never thought that violence would ever rear its ugly head inside the small structure where he regularly groomed himself, or that he would be the recipient of it, but that is exactly what occurred at about 5:30 p.m. on Saturday when Young was sitting in the barber’s chair getting a haircut.

According to police reports, a lone gunman ran into the premises and sprayed over eight shots at Young and another man.

Young, also known as “Jaro,” died on the spot.

Abraham Craig, 18, who also suffered several gunshot injuries, was listed in a critical but stable condition..

According to Assistant Commissioner of Police Chester Williams, one person has been detained for questioning.

Fortunately, the shots only grazed her cheeks.

The man allegedly got on his bicycle and left. He thereafter returned with a pistol in his hand and fired three shots at Leng, who survived by hiding behind a juice machine.