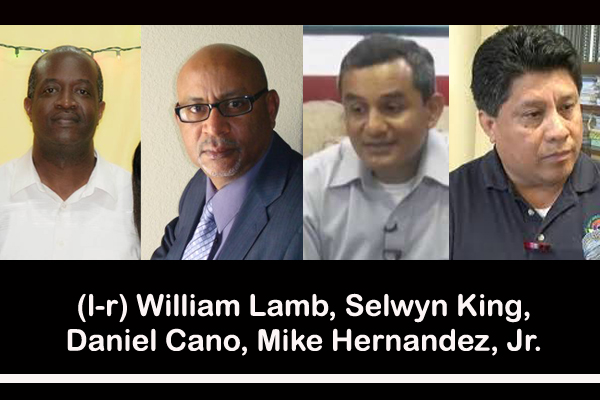 Five months later, SIF, through a government-issued press release, has stated that the vacant posts have been filled since the start of this month.

Early last month, King tendered his resignation from his post as the Director of Office of Public Information at UB in the midst of controversy surrounding the tenure of former UB President, Dr. Cary Frazer.

The Government of Belize (GOB) release states that Lamb has managed projects such as the expansion of the Philip Goldson International Airport terminal and the construction of the new San Ignacio hospital, while King – who has over 20 years experience in public relations and the media – has worked as Press Attaché to the Secretary General of CARICOM and Chief Information Officer for GOB.

SIF had taken a hit last September when serious allegations of corruption, coupled with extortion accusations were levied by then contractor, Kenard Smart, who claimed that at least 4 SIF staffers coerced him to pay them monies out of the market project’s funds, after which Smart’s company, K and G Construction, was forced to shut down the project because it owed too many people and couldn’t pay them.

Among those creditors were investors Emy Ramirez and Lyndon Bailey, who fronted money for Smart to complete the project.

Even though the employees denied the allegations, they were later terminated and the executive director, Daniel Cano, was allowed to resign.

SIF eventually cancelled the project – which was still incomplete – to the dismay of the two investors and the market vendors who felt that they were all victims of incompetence and apparent corruption perpetrated by elements both inside and outside of SIF, which was the executing agency.

In an effort to get reimbursement for their lost finances, Ramirez and Bailey held on to the keys for the project on the advice of their attorney, Audrey Matura-Shepherd, and Bailey told us today that they have been afforded the opportunity to re-bid, but they are currently awaiting a response from SIF as to whether they will be rewarded with the chance to pick up from where they left off on the embattled project.

And as they wait for SIF to make a decision, the residents of Dangriga are, in similar fashion, still awaiting their long promised, long delayed market.