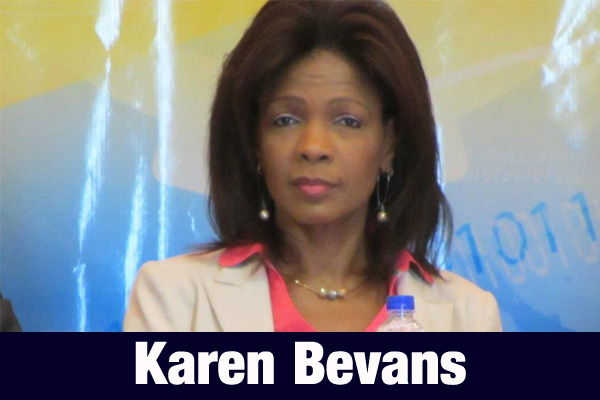 Karen Bevans, Chief Operations Officer, told Amandala that BTL was already allowing some level of VoIP via “WhatsApp,” “Yahoo Messenger,” “Face Time” and other such applications. However, she said, the main concerns were Vonage and Skype.

Chairman of Belize Telemedia Limited (BTL) Net Vasquez has confirmed that the company will tomorrow open full access to Voice over Internet Protocol (VoIP), which BTL has been partially blocking from Belizean consumers. VoIP enables Internet users to talk with each other without having to pay per- minute rates applied to regular calls on cell phones and landlines.

In his first quarterly press conference for 2013 this morning, Prime Minister Dean Barrow announced that the state-owned company has agreed to lift the current restrictions on VoIP.

“It helps the economy when everybody has use and access to this type of communication,” Vasquez told Amandala.

“At the end of this month—which I believe is tomorrow—BTL will enable full and open access to VOIP-based services and applications in Belize,” Barrow told the media this morning.

He added that the development, in line with ruling United Democratic Party’s (UDP’s) commitment, will “immediately allow over 200,000 Belizeans to gain immediate access to many other VoIP-based applications and services not currently available.”

The service will be open to all who use BTL’s high speed Internet, DSL, wireless and mobile Internet services.

Barrow said that it will allow Belizeans to enhance many facets of their lives, through long-distance learning, video-conferencing, computer-computer conversations with family abroad, and Internet-based television.

BTL is giving up $7 million in revenues in the first year of unrestricted VoIP access, said Barrow.

The Prime Minister admitted, though, that the pace of communications technology has been moving so quickly, that BTL would have been playing “a losing game” had it continued trying to restrict VoIP, and the practical realities call for the liberalization of the sector.

“This is a signal breakthrough…” Barrow told the media.

Our newspaper is aware that despite the restrictions that BTL had placed on VoIP, some Belizeans had found their way around it and were still able to utilize VoIP for communications with persons both at home and overseas.

Karen Bevans, Chief Operations Officer, told Amandala that BTL was already allowing some level of VoIP via “WhatsApp,” “Yahoo Messenger,” “Face Time” and other such applications. However, she said, the main concerns were Vonage and Skype: provided by foreign companies that use the local network and collect from customers for it, but which, she said, don’t put a penny into national development, via the payment of taxes and the provision of jobs.

Bevans admits, though, that people in Belize were still able to use Skype.

She said that the decision to open up VoIP now was in line with customer demands.

“Customers are asking for it,” Bevans indicated.

The board realized that it would be best to just go with the flow and see what other strategic moves BTL can make, to move into areas of broadband stimulation, said Bevans.

She told our newspaper that the company has been looking at telecoms trends, and there is a shift taking place from voice towards data communications.

“People text more than talk,” Bevans said, adding that BTL is now looking at providing more services and applications to make up for the revenue that will be lost as a result of the liberalization of VoIP.

According to Bevans, cable companies who resell BTL’s Internet, which are the vast majority of them, will also automatically have VoIP services opened to their customers.