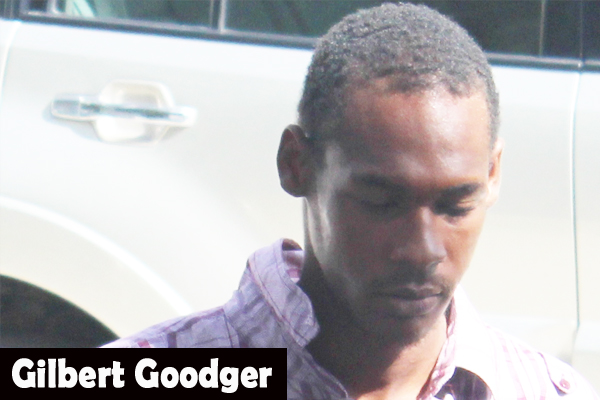 A mechanic residing at #55 Slaughterhouse Road, who was released on bail after being charged with robbing a Chinese man last September, has been re-arrested and charged with robbery again. This time his purported victim is a Mennonite man.

Gilbert Goodger, 25, who is one of three men who allegedly committed a broad daylight robbery, pleaded not guilty when he was read the single charge at his arraignment before Magistrate Dale Cayetano on Friday.

Cayetano released him on a $3,000 bail, plus one surety of the same amount – on the condition that he stay away from the virtual complainant. His case was adjourned to May 14.

Aaron Martin, 46, a Mennonite and resident of Barton Creek, Cayo District, reported to police that on February 9, around 9:30 a.m., he was walking on Barracks Road, on his way to a doctor’s appointment, when he spotted three dark-skinned men.

According to Martin, two of the men were riding bicycles and the third man was walking. One of the men on bicycle was dressed in an orange T-shirt with green pants, and the other had on a green T-shirt and green short pants. The man who was walking was wearing a dark green shirt.

According to Martin’s report to police, he was observing the men, when all of a sudden, the two men who were on bicycles got off their bicycles and set chase after him.

The man in the dark green shirt hit him in the back, causing him to fall to the street, and when he tried to get up, another one of his attackers hit him in his chest, he said. The man in the orange T-shirt then pushed his hand in his pocket and stole $40, Martin told police.

The attackers then made good their escape.

Gilbert Goodger’s other robbery case, for which he is due to return to court on May 14, stems from an incident that occurred on September 29, 2013, when Sheng Jye Jou, 25, a man of Chinese descent, reported to police that Goodger allegedly robbed him of his $400 Hu Wei brand cell phone.