Son slammed with murder charge for shooting death of father 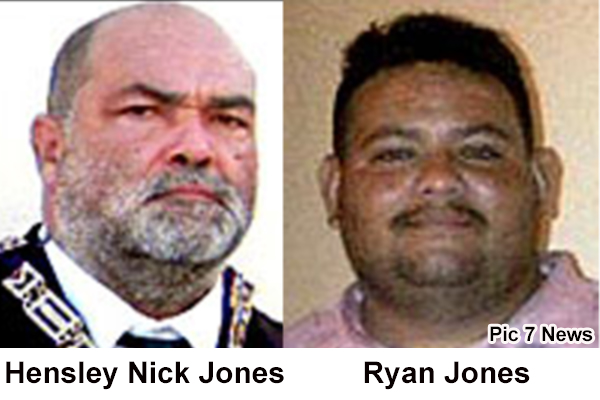 Ryan Jones, 25, of Ranchito, Corozal, has been charged by police with murder today after his father, Hensley Nick Jones, 56, a businessman of Ranchito, died at the Karl Heusner Memorial Hospital 25 days after he allegedly was shot 3 times in the head by Ryan. The incident occurred about 10:30 New Year’s Day night at their home in Ranchito.

Jones will answer to the charges in court tomorrow, Wednesday.

Police said that Ryan was at home in the kitchen with his father, when for unknown reasons, he shot him and then fled the house in his vehicle, leaving his father bleeding and wounded in the house.

Hensley sustained two gunshot wounds in the right side of the head and one in the back of the head. He first was rushed to the Orange Walk Hospital, then to the Karl Heusner Memorial Hospital, where he battled for his life, but he lost the fight at about 1:40 a.m. Saturday.

Ryan Jones had been initially charged by Corozal police with attempted murder, use of deadly means of harm, and dangerous grievous harm, and had been remanded to the Belize Central Prison until March 12.

Facebook
Twitter
Pinterest
WhatsApp
Print
Previous articleImportation/exportation of goods between Belize and Mexico suspended
Next articleRight to the Point: It is wrong, it is distasteful… and it is CORRUPTION!