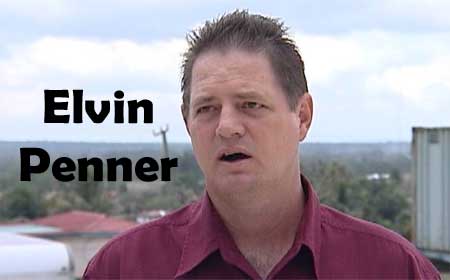 ESPERANZA, Cayo District, Mon. June 26, 2017–Former UDP Minister of State, Elvin Penner, 45, is under a dark cloud again after reportedly causing the death of a motorcyclist while trying to overtake a minivan on the George Price Highway at about 7:00 p.m. on Friday.

According to information provided by police, sometime before 7:00 on Friday night, Penner, who was travelling from Belmopan to San Ignacio Town, attempted to overtake a red Pontiac Montana minivan near the Running W Office between Central Farm and Esperanza.

When he was side by side with the minivan, Penner saw a red and black motorcycle approaching from the opposite direction. Penner reportedly swerved to the right, to avoid colliding with the motorcycle, but his vehicle hit the left side of the minivan.

Unitedville resident, Kenrick Myvette, 41, who celebrated his birthday on June 17 and was a security guard at University of Belize’s Central Farm campus, was flung to the road with severe head and body injuries when he was hit by the left front portion of Penner’s SUV. He was transported to the Western Regional Hospital and later the Karl Heusner Memorial Hospital, where he died while receiving treatment on Saturday morning.

A urine sample was reportedly obtained from Penner and he was served with a Notice of Intended Prosecution. 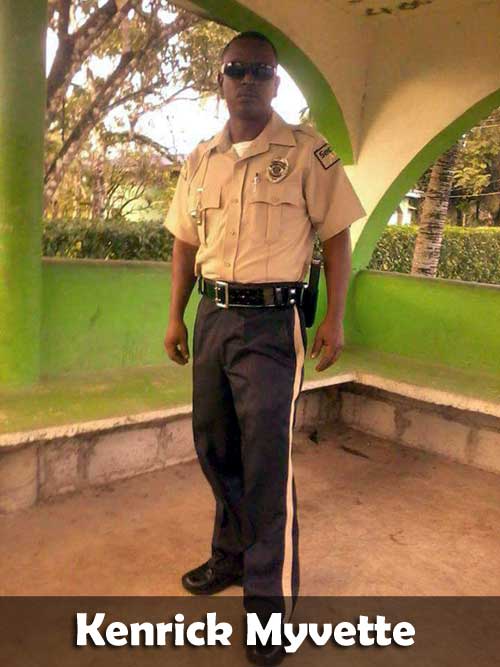 Today, Assistant Superintendent of Police (ASP), Daniel Iche, told the media, “From the investigation’s point of view, Mr. Penner is at fault.”

When asked why there was a delay in charging Penner, ASP Iche responded, “We are awaiting the results of a post-mortem examination, before laying charges.”

Tomorrow, Tuesday, Penner is expected to be charged with manslaughter.

Brenda Pilgrim, Myvette’s sister, told Amandala that the incident happened when her brother was returning from San Ignacio, where he had gone to collect his salary and buy groceries for his 3-year-old daughter.

She told our newspaper that immediately after the incident, Penner had contacted their family.

She recollected, “He tell di family, ‘Unu nuh worry bout nothing because nothing bad happen to ah. Ih nuh get no kinda hurt; da just lee scratches ih get.”

However, when they saw Myvette, his condition was dire, contrary to what Penner had reassured them.

Pilgrim further told Amandala that Penner was accorded special treatment by police — he was never arrested or detained and was allowed to drive his vehicle to the San Ignacio police station following the incident.

Given Penner’s social status, she remains skeptical about justice being served.

“Same way we feel, he need fi feel. When I seh feel, da nuh no kinda bad way, but by the law,” she added.

She asserted, “My bredda life kyaahn go just like dat. He da mi wa healthy man. He nuh drink. He nuh do nothing outta di way. He stay da ih house. He do everything fi ihself. He nuh bother nobody fi do nothing.”

According to Pilgrim, her brother received his motorcycle two days before this accident. Sadly, he is the second of her siblings to die after being hit by a vehicle.

She also told us that Penner has offered to assist in covering expenses for Myvette’s funeral. He will be buried next Wednesday in Unitedville.

When we asked Pilgrim if her family would accept an out-of-court settlement from Penner, they indicated that they would not.

Penner joins Dorian Pakeman and Alfonso Noble on the list of UDP operatives who have recently caused the deaths of civilians in road traffic accidents.