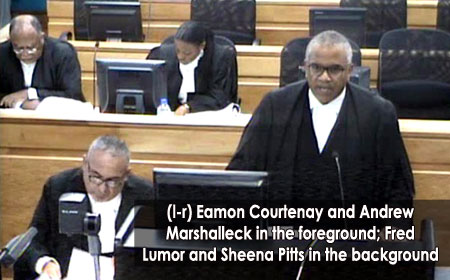 BELIZE CITY, Fri. Dec. 9, 2016–After losing a drawn-out court battle to collect millions in license fees from telecommunications providers in Belize, the Public Utilities Commission (PUC) may move to amend legislation which was deemed “ambiguous” by the Caribbean Court of Justice (CCJ), Belize’s final appellate court, resulting in different interpretations by both the regulator and the telecommunications provider – Speednet Communications Limited.

In a decision handed down today, the CCJ finally settled the matter by ruling that the PUC must refund money to Speednet, to the tune of $792,500 for annual fees less $1,400—the amount which the CCJ held was the lawful license fee.

“The dispute between the parties arose out of a difference in interpretation of the relevant regulations which set out the licence fees of BZ$100 per ‘channel’. According to the Public Utilities Commission, the term ‘channel’ referred to ‘voice’ channel while Speednet Communications argued that it meant ‘radio frequency’ channel, which would mean that BZ$1,400 would be the appropriate fee. It is a decision acknowledged by the Court to have ‘potentially significant implications for the telecommunications industry and the wider economy,’” a release from the CCJ said.

It explained that the PUC, as the author of the law, should bear the consequences of the ambiguity and would, therefore, be entitled to only charge BZ$100 per ‘radio frequency’ channel.
It furthermore held that the technologically correct definition of the word ‘channel’ could not be determined on the basis of the evidence, but the court’s determination was the most appropriate meaning based on the application of legal principles to the wording in the regulations.

Fred Lumor, SC, who represented the PUC, had said that nowhere in their affidavits had the applicants justified with any evidence why they are asking the court to interpret the channels to mean radio frequency channel, as the company has argued.

The CCJ found, though, that the term ‘channel’ could refer to either ‘voice’ channel or ‘radio frequency’ channel. Lumor has signaled to the press that the PUC may move to amend the law to remove the ambiguity. 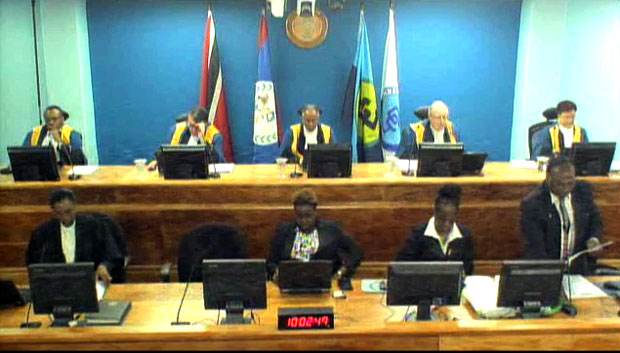 “I think that the outcome of the decision will give impetus to the PUC to amend the regulations and make it clear,” Lumor told News 5.

The telecoms dispute arose six years ago, when Speednet Communications, the company which operates Smart in Belize, and the regulator, the PUC, began sparring over license fees which the regulator had charged the company for “point-to-point links.” Its initial assessment of 2010 was for $238,000. Speednet disputed the fee, hoping that that charge would have been much lower, at $1,300—but the PUC returned with a revised assessment of $792,500.

The PUC argued that the fee for what are described as “point-to-point links” should be $792,500, but Speednet maintained that a lower figure should be charged, revised at $1,400. The company had told the CCJ that the charges, if mandated, would have to be passed on to consumers.

Under protest, Speednet paid the first revised assessment of $792,500 but since 2011, it has held back on paying the fees pending the outcome of the court proceedings, and so had Belize Telemedia Limited (BTL), a larger company which, Courtenay said, would consequently have to pay much more in fees.

When Speednet challenged the matter in court in 2011, the trial judge, Supreme Court Justice Oswell Legall, dismissed the case. In the next round of litigation, back in 2015, the Court of Appeal ruled against Speednet. In this final round, though, the CCJ has ruled in Speednet’s favor.