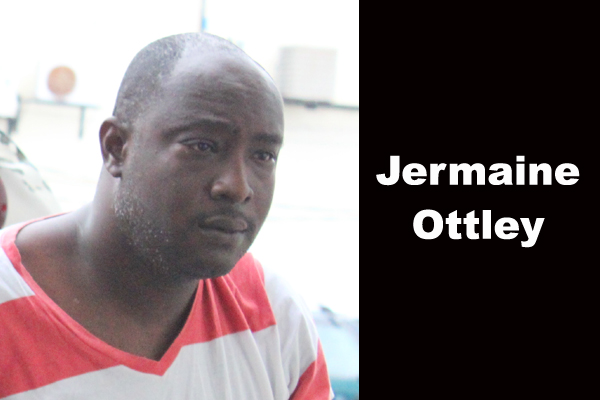 According to the Gang Suppression Unit (GSU), Ottley also was found with 1.6 grams of marijuana. After he pleaded not guilty on that charge, he was offered bail of $500 and one surety of the same amount. That matter has been adjourned until November 17.

He was then escorted to another courtroom this afternoon, where he was additionally charged with fisheries offences.

According to Fisheries officer Maurice Westby, early this morning they visited Ottley’s house, where they found ten undersized lobster tails, each weighing less than 4 ounces. He was also charged for possession of 7 conchs, which were found in a white garbage bag with orange straps, tightly wrapped up in another black garbage bag. The reason for this charge is that the conch season is closed from July 1 to September 30, making it unlawful to be in possession of conch during this period.

Ottley pleaded not guilty to those charges as well, and Magistrate Hattie Mae Stewart set October 24, 2013 as the date for his trial.

Less than a month ago, Ottley alleged that the GSU stormed into his house and used excessive force on him and another man, Brandon Tillet. They claimed that they were viciously beaten by the officers, who levied no charges on Ottley, but charged Tillett for wounding one of the officers.