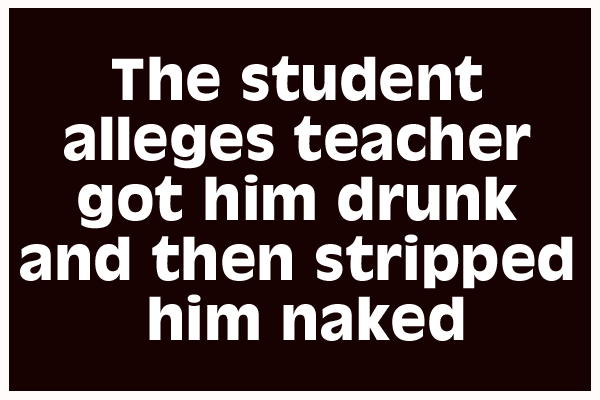 A 14-year-old student narrowly escaped being raped by his teacher, who allegedly took off his clothes and attempted to sodomize him. However, a doctor who examined the boy said that he was not penetrated.

The incident allegedly occurred at the home of the teacher in Bullet Tree village, on Friday, March 22. The student and his mother went to the San Ignacio police on Wednesday, May 8, and told them that on Friday, March 22, he visited the home of his teacher in Bullet Tree village. The teacher, the boy recounted, gave him some rum-and- coke to drink.

The boy said that they both drank, and after consuming about three glasses of rum-and-coke, he felt drunk, but could remember that the teacher took him into his bedroom, put him on his bed and took off his clothes.

Police detained the teacher and a medical examination was conducted on the boy, but according to a police report, the doctor concluded that there were “no signs of physical abuse on the minor.”