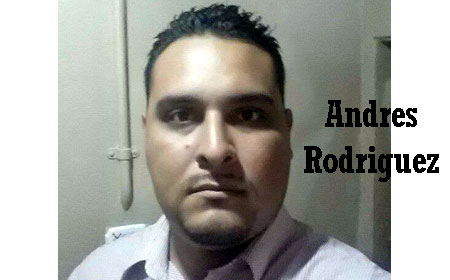 BELIZE CITY, Thurs. Nov. 3, 2016–Policemen with no regard for the constitutional rights of citizens continue to cost taxpayers many thousands of dollars in court awards and legal settlements. On Tuesday in the Supreme Court of Madam Justice Sonya Young, attorney Kareem Musa reached an out-of-court settlement with a government attorney in a case of police brutality in Orange Walk that was captured on video and uploaded to social media—displaying the abuse inflicted by police officers on the man at his home.

Musa explained to Amandala in an exclusive interview that in April 2015, his client, Rodriguez, a resident of Orange Walk Town, “was actually hunted down by three rogue police officers attached to the Orange Walk Police Station.”

Musa went on to explain: “Mr. Rodriguez’s wife had her cell phone out and she videoed the brutal beatdown by the three police officers.”

Rodriguez was beaten in his head and all over his body, which later bore bruises.

“They were actually using an iron rod to beat Mr. Rodriguez. So, because of those injuries suffered by Mr., Rodriguez, we took the matter to the Supreme Court. It is clear from the video that Mr. Rodriguez posed no threat to the three police officers. He was actually crying out for help, but the police officers just kept beating him for no reason,” said Musa.

Musa added, “up to this day, there is no clear reason why the police officers beat Mr. Rodriguez. He was not charged for anything; he was not a suspect for anything.”

Rodriguez’s claim was set for trial today, before Madam Justice Sonya Young, “but we were in negotiations with the Attorney General’s Ministry over the last few months,” said Musa.
Musa said that the Ministry had initially offered $2,500.

“Thankfully, we had the video evidence that Mr. Rodriguez posed no threat to the police officers; therefore, had this matter gone to trial, it would have been a certain victory”, Musa explained.

He said they looked at the cut wound on Mr. Rodriguez’s head and the bruises on his body, and had to attach a value to those injuries.

“I discussed the matter with my client and he felt that $13,000 was adequate,” Musa said.

In addition to the $13,000 awarded as damages to Rodriguez, the government also had to fork out an additional $3,000 in legal costs.

Musa said the negotiations were held with Leona Duncan, the Crown Counsel for the Attorney General’s Ministry.

Amandala asked Musa if the case had gone to trial, if he thinks that his client would have fared off better in terms of the amount of punitive damages.

“That is always a question that attorneys have to ask themselves and certainly, when you look at the case laws before, it is around that area, in terms of the amount of damages that are awarded,” Musa pointed out.

“The police officers in this case acted unjustifiably and it was a clear abuse of their power”, Musa concluded.

In the claim against the government, the court papers explained that Rodriguez, 28, a driver of SP, located in the Corozal Free Zone, was on his way home around 10:45 p.m. in mid-April 2015, when he stopped to buy a beverage at a grocery store in the area of Louisiana, in Orange Walk Town.

While he was parked and drinking his beverage, a group of men whom he did not know knocked on the window of the company vehicle he was driving. They knocked hard enough to shatter the glass, and began casting the beams of flashlights into Rodriguez’s company vehicle.

Rodriguez, thinking that he was about to be robbed, turned on his ignition and began driving out of the park toward his home, located on Gravel Lane, in Orange Walk Town, the claim outlined.

When Rodriguez arrived at his yard, he noticed that a police mobile patrol unit was behind him. As he attempted to go into his yard, the policemen, named in the lawsuit, attacked him without probable cause, the particulars of his claim stated.

Rodriguez shouted for his wife, who came outside and had the presence of mind to video the beatdown that the police were inflicting on her husband in their yard.

The three police officers, along with an unknown officer, after beating Rodriguez, took him to the Orange Walk Town Police Station, without telling him why they were detaining him.
While he was detained at the police station, he was provided with a medico/legal form and a doctor classified his injuries as wounding.

Upon returning from seeing the doctor, Rodriguez was kept handcuffed inside the police station, and when he asked the fifth defendant, PC Chin, why he was detained, the cop reportedly punched him in his head in the same area in which he had suffered a cut wound.

Nine hours after he was falsely imprisoned, Rodriguez was released from custody.

Rodriguez’s claim against the state was filed this past January.

Today, Thursday, Amandala asked Assistant Superintendent of Police Selwyn Tillett, the Commander of Orange Walk Police, what the Police Department will do about the three police officers who beat Rodriguez and cost taxpayers $16,000. Tillett replied, “Belmopan is dealing with that matter. I have no comment on that.”