From “The Princess” to “The Ramada Belize City Princess” 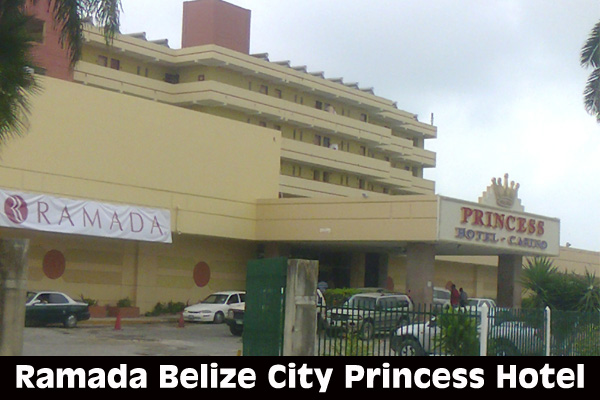 This morning during a media briefing at its Belize City location on Newtown Barracks, the management of the Belize City Princess Hotel and Casino announced that they will be rebranding the hotel in an effort to change its image both locally and internationally, as well as attract international clientele to the country.

The owners of the hotel – which will now be known as the Ramada Belize City Princess – have agreed to join the Ramada chain of hotels, a subsidiary of the Windham Hotel Group from New Jersey, U.S.A., which happens to be the largest hotel company in the world, with over 7,200 hotels currently in operation worldwide.

The new general manager of the Princess Hotel, Erol Olcan, noted that the hotel is not being sold to the Ramada and that financial considerations are not part of their decision to rebrand; instead, he said, there is a partnership between Ramada and the Turkish-owned Princess International.

He said, “We are now changing our vision and our scope, and Princess Hotel International Company is going to join an international hotel chain – that is Ramada. We decided to join them, but I have to underline that clearly, the hotel is not being sold. We are an original Turkish company – Princess International. The original company is running the show and they are going to continue. Why will we join the Ramada? Because of the marketing aspect of it, we will join in their reservation system and we will get more business to our hotel and consequently more business to our country via tourism. We will get more support and more help from the Ramada – that is going to develop our staff and the hotel’s grounds because we have to reach their standards.”

As Olcan explained, apart from the new signs and product branding, the facility will be receiving some remodeling and upgrades to target regular patrons of the other Ramada Hotels overseas, which are also managed under the same umbrella group.

“Very soon I am going to change the televisions in the whole 160 rooms and bring them up-to-date. Tables, linens, towels, and bathroom materials like soaps and shampoo inside the bedrooms are all going to change to meet the Ramada standards. And yes, there is money involved at the end, a lot of money. I think why we are doing this is because we are developing ourselves. It’s nice that a lot of tourists come to the country, and we will bring more”, Olcan promised.

With a total of 160 rooms, and also entertainment facilities which offer 5-star accommodations and services according to Olcan, the Ramada Belize City Princess currently stands out as the largest hotel in Belize.

At this time, the partnership applies only to the facility in Belize City and doesn’t include the casino inside the hotel.

When the Ramada Belize City Princess Hotel originally opened, it was a franchise of Ramada – which itself presently manages 850 hotels in 53 countries – and was known then as The Royal Reef Hotel, but was sold after several years to Princess International and became known as the Princess Hotel.

Amandala understands that the employees’ jobs are not under threat due to the change, and current room rates will stay the same, although they are scheduled to be reviewed sometime next year.

We also understand that The Princess Free Zone, which is a sister hotel in the Corozal Free Zone, is under consideration as a prospective member of the popular Days Inn hotel chain, but a decision is yet to be made.