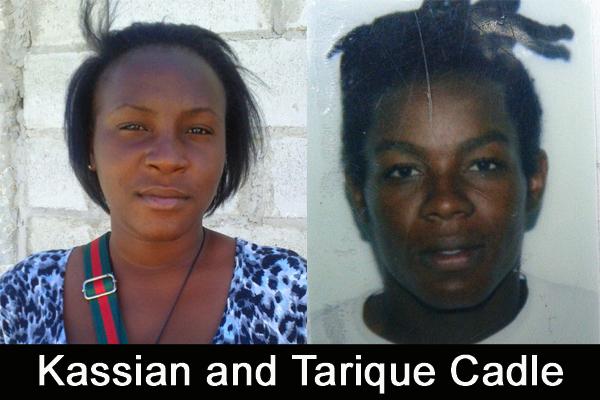 Supal Street man executed on George Street turf; his death was foretold to his sister

The gang violence that has been in low intensity for the last several months throughout Belize City appears to be escalating among rival gangs, as stepped-up shootings in various Southside gang turfs have begun to register casualties again.

On Wednesday morning around 9:30 the life of a young man was snuffed out for no sensible reason, other than his bad sense of timing and his apparent exercise of poor judgment, according to his sister, who said she was warned by the elders in her Supal Street neighborhood that her brother would be killed if he went into the George Street neighborhood, where he has friends.

Tarique Keylon Cadle, 25, took his last breath as bullets mowed him down to the ground in a yard on Plues Street. His corpse was transported to the morgue at the Karl Heusner Memorial Hospital, after his sister identified it to police.

An area resident, speaking on condition of anonymity, said she heard about five or six shots in rapid succession.

Belize City police, apart from not issuing a press release on the shooting death at the end of the work day, have not made any arrest for this latest homicide.

Tarique Cadle celebrated his twenty-fifth birthday just two days before his tragic demise, and Kassian Cadle, 22, his sister, said that her brother peeped at her by her open room door this morning, adding, “and I thought I heard him say ‘weh Kassian deh?’ and then he moved away. That was the last look I had of my brother.”

Kassian, a student at the University of Belize, said, “When I was ready to go to school this morning, my cousin told me not to go anywhere because I would get a call right now telling me my brother is dead.”

Asked why her cousin told her that, Kassian replied, “Because he is a member of the gang, too, and, they know the streets. They know what will happen.” She explained, as she struggled to keep the tears from her eyes, that she responded, “Yes, you say that you are not a part of the conflict.”

“But if you can’t catch Harry, you catch his shirt. And that’s what happened, revenge,” Kassian surmised.

You are saying revenge, but revenge for what, we asked her.

“Well, from what I heard from last night [Tuesday], there was a shooting on George Street,” she explained, “and it was claimed that those from around Supal Street did it, so, I link it to this morning.”

“They know that my brother goes around there every day, so they decided to take his life,” she said.

Kassian went on to explain that the man whom police have in custody for the Tuesday night shooting in the George Street area, Jason “Soup” Williams, is an uncle of her and her brother. She was referring to a shooting incident on Tuesday night in which two men, Tarique Tzul and Andrew Tate, believed to be affiliates of the George Street gang, were shot, allegedly by an affiliate of Supal Street. The shootings are reportedly tied to an altercation between members of the two gangs that occurred on Tuesday evening in the vicinity of the Vernon Street Fish Market.

Referring to her brother’s death, Kassian said: “I don’t even want to know who killed him. Because knowing the person who did it, you would have a bad feeling toward that person.” “And not knowing,” she added, “will allow me to continue.”

She described her brother as a very fun-loving person who quit school at an early age and had been in the streets. “But never one day could you hear that my brother shot anyone or held a gun to anyone. He was in the ‘hood, but not of the ‘hood,” she stressed.

Kassian said that despite the tragedy of her brother’s sudden death, she still wants to pursue her dreams and get on with her life.

“This will always be a flash memory for me, because I was the one who identified the body and it was a terrible sight,” she recalled.

“But I didn’t let what happened this morning hold me back. I still went to school and took a psychology test,” said Kassian, who is finishing an Associate Degree in Primary Education at the University of Belize.

Kassian said her brother was the father of a two-year-old son, whom he named after himself.

She said that she lost her mother, Everlee Cadle, about six years ago. Now the loss of her brother leaves her with six brothers and sisters from her mother’s eight children.

“We are all trying to do something positive, because we don’t want to be in the gang-related gestures,” Kassian said.