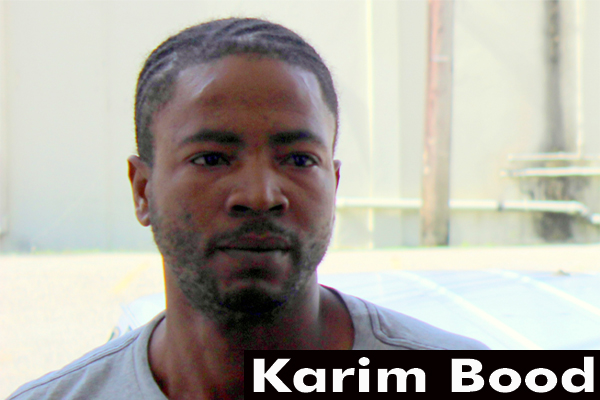 Karim Bood, 33, a tour guide of #151 Antelope Street Extension, was charged with drug trafficking after police saw him throwing some bags through his bathroom window.

According to police, at 12:30 yesterday afternoon, when they arrived near a residence in the area, which is next-door to Bood’s residence, a member of the GSU saw Bood throwing some bags through the louvers of his bathroom window, which appeared suspicious.

Bood was taken to the back of the apartment, where the bags were retrieved and when police opened the bags, they saw that they contained suspected drugs.

Bood and the suspected drugs were taken to the police station, where the drugs were weighed and amounted to 1.3 kilograms, or 3.52 pounds of marijuana.

Bood was taken before Magistrate Clive Lino, where he pleaded not guilty to the charge and was granted bail of $6,000 and one surety of the same amount. He is expected to return to court on October 21, 2013.