Another tragedy – 2-year-old perishes in fire 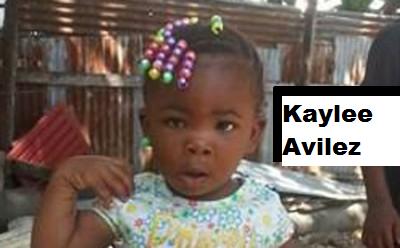 BELIZE CITY, Thurs. Oct. 27, 2016–Almost three weeks ago, an 11-year-old boy was burnt to death by fire while trapped inside his bedroom on Aloe Vera Street.

Today, Thursday, another fire engulfed a wooden structure on the south side of Belize City, and another child lost her life as a result.

The blaze erupted in the Conch Shell area of Belize City shortly after midday in a house belonging to Phyllis Rhaburn.

Rhaburn’s daughter, 2-year-old Kaylee Avilez, ran into the bathroom of the home to hide from the flames of the fire that started inside her house.

She was along with her two other siblings, and according to eyewitness accounts, their parents were not too far away.

While the other two children escaped unharmed, Avilez, who reportedly suffered from asthma, was found dead inside the tub of the bathroom after efforts made to rescue her failed.

She was not burned and her relatives are suspecting that she died from excess smoke inhalation.

However, her autopsy has not been completed. Fire officials have not yet been able to confirm the cause of the fire.

Fortunately, the efforts of fire officials prevented the blaze from gutting the other homes in the congested community.

Facebook
Twitter
Pinterest
WhatsApp
Print
Previous articleYou cannot fight ideas that have power!
Next articleOne accused homosexual says it didn’t happen; the other says it did!