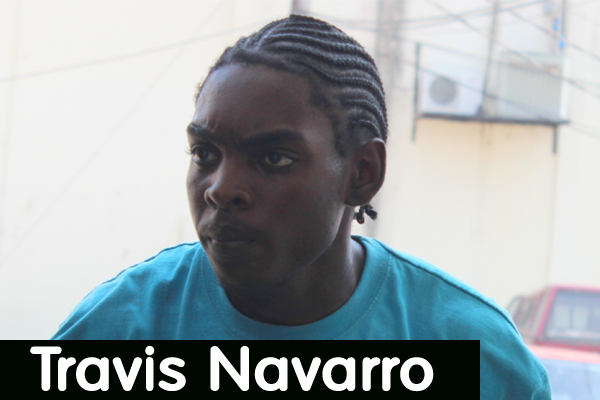 Police say he fatally shot Dennis Rajiv Gonguez, 21, when he stepped out of Brown Sugar

Travis Tyler Navarro, 19, a resident of #12 Gaol Lane, was charged with a single count of murder for the death of Dennis Rajiv Gonguez, 21, when he appeared before Chief Magistrate Ann Marie Smith this afternoon.

Gonguez was murdered on Monday evening as he stepped out of the San Pedro Water Taxi, located inside the Brown Sugar compound on North Front Street.

Reports are that at 5:50 Monday evening, when Gonguez stepped out of the establishment, a dark-complexioned young man wearing a white T-shirt, ¾ jeans pants and a peaked cap, came from out of hiding in the yard of St. Mary’s Church, located across the street at the corner of Gabourel Lane and North Front Street.

The gunman then pointed his gun at Gonguez and fired as many as six shots, two of which caught Gonguez – one in his forehead and one in his chest.

Gonguez was transported to the Karl Heusner Memorial Hospital, where he was pronounced dead on arrival at 6:11 p.m. Police retrieved (2) Aquila brand 9 mm expended shells, (1) Luger brand 9mm expended shell and (2) slugs from the shooting scene.

Navarro was unrepresented in court, but because murder is an indictable offense which will be heard in the Supreme Court, no plea was taken from him and he was remanded to the Belize Central Prison until his next court appearance, scheduled for June 2, 2013.