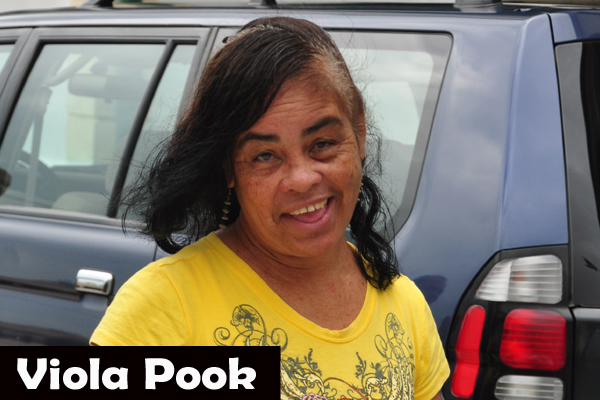 Court of Appeal said the trial was not fair

The Court of Appeal has squashed the murder conviction and sentence of Viola Pook, 56, and ordered a new trial. Pook was serving a lifetime sentence after a jury found her guilty of the murder of her common-law husband in July 2011.

The decision of the Appeal justices centered on a remark that Pook made when she was initially questioned by police on December 31, 2008, the day police found her common-law husband, Orlando Vasquez, suffering burns to most of his body inside their Rancho Dolores home.

Pook, according to the testimony of Corporal Zuniga at her trial, told him that “da me catch him fire.”

Zuniga, however, had failed to caution Pook about her right not to say anything incriminating before consulting a lawyer and used the statement against her, which was the only evidence that linked her to the assault of the burn victim, Vasquez, who succumbed to his injuries two days later.

The Court of Appeal has found that because the trial judge had failed to warn the jury about the use of that statement, Pook did not get a fair trial.

Outside the courtroom, attorney Simeon Sampson, S.C., explained to reporters how the statement played a pivotal role in convincing the Court of Appeal to grant his client a new trial after he had argued the case about six months ago before the Court of Appeal.

At the murder trial, Pook was defended by another attorney, Sampson said.

“So then came the Court of Appeal hearing and I argued that the evidence against Viola Pook was one incriminating sentence, ‘Dah me ketch ahn fyah.’ No other evidence. And Sergeant Zuniga, the investigating officer, arriving upon the scene that day [when the incident occurred] saw the husband of Pook writhing in ninety percent burns and so on and so forth,” Sampson said.

According to Sampson, “This lady said absolutely nothing and when Sergeant Zuniga went to her, after doing his investigation, and asked her, ‘Dah weh happen?’ the lady, according to her, she remained silent. But Sergeant Zuniga said that she blurted out, ‘Dah me ketch ahn fyah.’ Situations like those trigger principles of law whether she was warned, because, as I argued, the policeman ought to have cautioned her.”

“Viola Pook was never identified as the perpetrator and I think that is what carried the day for her, and the Court of Appeal said, well look, she consequently did not get a fair trial, and they quashed the conviction, set aside the sentence of life, and ordered a retrial,” Sampson then went on to state.

Pook’s murder conviction gained national attention during the visit of the Muslim Minister Louis Farrakhan. Pook made certain allegations to Farrakhan concerning the case, but none of those allegations came up during her trial.