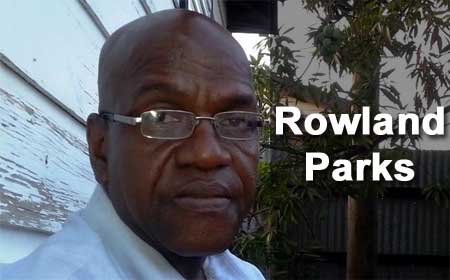 -A Rowland Parks exclusive to Amandala-

On Friday, at the House of Representatives meeting, Home Affairs Minister Hon. Wilfred “Sedi” Elrington introduced a bill to amend the Misuse of Drugs Act to make provision for the decriminalization of 10 grams of marijuana. This is the quantity which the Decriminalization of Marijuana Committee (DoMC) had recommended in its 2015 report.

Marijuana, or cannabis, as it is referred to in the Laws of Belize, is illegal and will remain illegal long after the DoMC’s recommendation becomes the law of the land.

While the spirit of the law is to let possession of 10 grams or less not be a criminal offense, the new proposed law, which had its first reading in the House of Representatives last Friday, will take an administrative notice of offenders, who will be subject to pay a small fine.

The imposition of a fine will in itself create a bureaucratic structure that will keep a record of offenders. The penalties could go higher for repeat offenders and at some point, drug treatment would be recommended.

The amendment to the Misuse of Drugs Act will not take away the cruel punishment of the drug trafficking law, with its mandatory minimum fine of $10,000 and/or 3 years in prison for amounts of marijuana exceeding 60 grams.

The government’s move to amend the Misuse of Drugs Act has reopened the discussion about marijuana and its use in Belize. In introducing the Bill on Friday, Hon. Elrington said, “This bill has long been in gestation. I think it is recognized by members on both sides of this House that the present regime which we have dealing with marijuana is not equitable – as a matter of fact, it is the view that it is unduly prejudicial, particularly to the poorer members of our society, who for one reason or another, use marijuana in smaller quantities…this is a small step toward ameliorating what we consider to be an injustice over the years, perpetuated against our people.”

Prime Minister Dean Barrow said that he was excited about this small step. “I am excited. Clearly it is only a first step, and a small step…. I know there will be the naysayers….I suspect we are going to hear from the churches. But I feel as both a matter of conviction that it is something good to do, but also that the society as a whole will support it.”

When he was asked why the bill did not go through all its stages on Friday, Barrow said, “No, because it is something that is likely to be controversial, certainly from the point of view from the churches. They have already, in the course of the exercise that the persons we had asked to look at this – in the course of the exercise they have had some disagreements with the churches, so I don’t think it would have been fair to do it in that way.”

Barrow also explained that there would have to be a public education campaign to make people aware that they are not to smoke weed anywhere in public.

Barrow commented, “…we are creeping before we expect to walk. And it doesn’t go nearly as far, as I am sure a lot of people would like. So you are perfectly correct; there will have to be some sort of an education campaign.”

And just how will the 10 grams of marijuana end up in the hands of individuals? They will have to buy from sellers, who will have to continue to run the risk of being arrested and fined in court for drug trafficking, unless, of course, the government steps in and becomes involved in the cultivation and distribution business.

Not much will change in the scheme of things as far as marijuana being illegal is concerned, because even those caught with the 10 grams will be subjected to being categorized in a law enforcement database and will be targeted later for the proposed drug treatment program that was recommended by the DoMC.

Admittedly, the decriminalization of 10 grams is a sensible step in the right direction. But Belize is still a very long way off from making marijuana a new cash crop that could boost its tourism industry and inject new capital into an economy that is struggling under the weight of its national debts.