Victim, 23, never saw the face of his killer 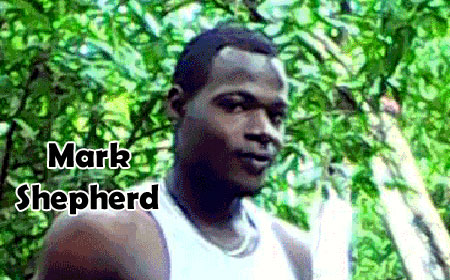 HATTIEVILLE, Belize District, Mon. June 20, 2016–At about midnight on Saturday, at the brink of Sunday morning, an unmasked man entered a yard and gunned down an unsuspecting man in front of his common-law wife.

Mark Shepherd, 23, was in the yard of Iguana Lounge, socializing with his common-law wife, and both of their backs were turned to two men who had entered the yard.

Shepherd was just about to light a cigarette when one of the men withdrew his 9mm firearm from under the waist of his pants and fired several shots at Shepherd, hitting him four times in the right side of the back.

Shepherd’s grieving family is puzzled as to why anyone would want him killed. According to ACP Edward Broaster, Shepherd was not involved in the criminal underworld.

However, it appears that individuals in that underworld wanted him dead for reasons that are unknown, at this time. Shepherd’s aunt told us that he and his common-law wife were at the Iguana Lounge when the gunman entered without being seen, unloaded his shots and exited the establishment.

She said that the club was empty at the time because villagers had instead gone to two other events — a wedding and graduation party where free liquor was being served.

Shepherd’s family told us that he had just gotten a new job at a Chinese restaurant on Vernon Street. They told us that he lived on Mangrove Street in Belize City and was spending time with them in Hattieville when he became victim to deadly violence.