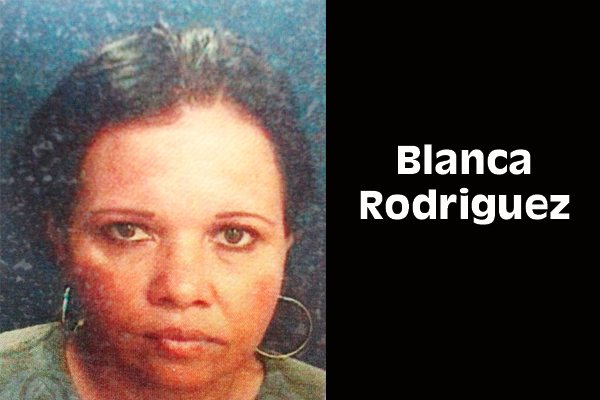 A woman who is wanted on an Interpol international arrest warrant for her alleged involvement in a large-scale human trafficking ring in Honduras, her native country, was captured in Belize and is now in prison awaiting deportation.

Blanca Rodriguez, 40, was apprehended by Belize Immigration officers on Monday at a house in the Sunset Park area of the Mile 8 community, on the George Price Highway, where she was staying with some Belizean friends.
Rodriguez had violated the conditions of her visitor’s permit to Belize.

She appeared before Magistrate Leslie Hamilton on Tuesday, and was fined $1,000 after she pleaded guilty to the immigration offense. Hamilton ordered that she pay the fine immediately and he also issued a removal order for her to be deported to Honduras.

According to a source at the Immigration Department, Interpol has been on the trail of Rodriguez, who entered Belize from the western border on January 7. Upon her arrival in Belize, she was granted a three-week stay.

The immigration source told Amandala that it was Interpol who alerted them to the fact that Rodriguez was wanted in her native Honduras, in connection with her role in a major human trafficking ring.
Rodriguez is reportedly the last person out of a ring of human traffickers wanted by Honduran authorities, and for whom they had issued an arrest warrant.

After she was arrested and her passport was checked, immigration officers found out that she had overstayed her time in Belize. Rodriguez’s visa had expired last Tuesday.

Amandala has learned that the Immigration Department has received the arrest warrant from Honduran authorities and that Rodriguez will be deported in the next few days.