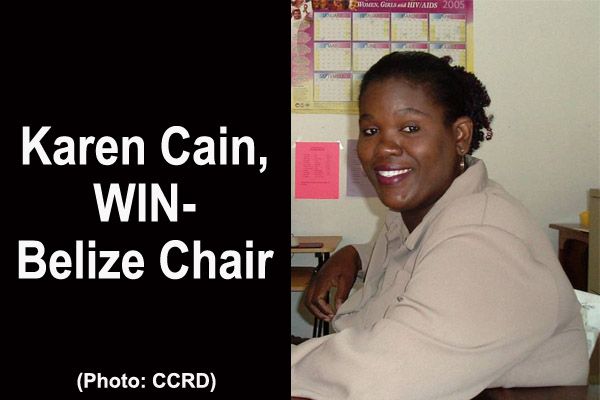 UNIBAM is listed among its 14 active members

The Women’s Issues Network of Belize (WIN-Belize)—an alliance of nationally prominent NGOs—has issued a press release saying that it has contacted its member organizations and they have “reached consensus on the full acceptance of the Revised National Gender Policy 2013,” which some opponents say is in line with a foreign agenda to eventually legalize same-sex marriages in Belize and to furthermore set up a legislative framework for special and protective rights to LGBT persons.

The WIN-Belize network is made up of a range of organizations, including private sector, environmental and activist organizations.

The United Belize Advocacy Movement (UNIBAM), which has highly praised the new gender policy, is listed among its 14 active members.

At least one of those organizations—the Young Women’s Christian Association (YWCA)—has told us, though, that while YWCA officials had agreed to support the WIN-Belize position on the Gender Policy, the board of the organization has yet to say where it really stands in regard to the new policy.

Sonia Linares, YWCA’s Executive Secretary, told our newspaper today that she had indicated to WIN-Belize that they would like more information and clarity on the policy in question.

Of note is that the executive director of the National Women’s Commission, the entity which published the revised gender policy, is Ann Marie Williams, who is also listed as a director of the YWCA.

An earlier version of the WIN-Belize press release, which was circulated to member organizations, said that WIN-Belize had met with members “to discuss and get consensus on the National Gender Policy.” That earlier version of the release also said that as practitioners working with the most at-risk and vulnerable groups, 8 of the active members took a stand in support of the revised gender policy.

Evan Cowo, the point-man for CARE Belize, told Amandala today without hesitation that they support the Gender Policy 2013. He said that they conveyed their position to WIN-Belize after internal consultations, including discussions with parents.

We have been informed that other organizations consulted include the Alliance Against AIDS, the Audubon, BFLA, Youth Enhancement Services, PASMO, and POWA.

Karen Cain, WIN-Belize chairperson, told Amandala, when we called her for clarification on the release, that all the member organizations consulted gave their support, and all 8 who were at last Friday’s meeting endorsed the Gender Policy 2013.

When we asked her which 8 organizations were present and gave their approval, she declined comment, pointing to the controversial nature of the debate on the new policy.

It also asserts that, “Belize is not a homogeneous society; therefore, the policy speaks to the access and provision of services to all this country’s citizens.”

It added that the priority areas are health, education & skills training, wealth and employment generation, violence, and power and decision-making.

According to WIN-Belize, “The National Gender Policy is founded on principles outlined in the Belize Constitution and in international conventions and agreements signed and ratified by the Government of Belize.”