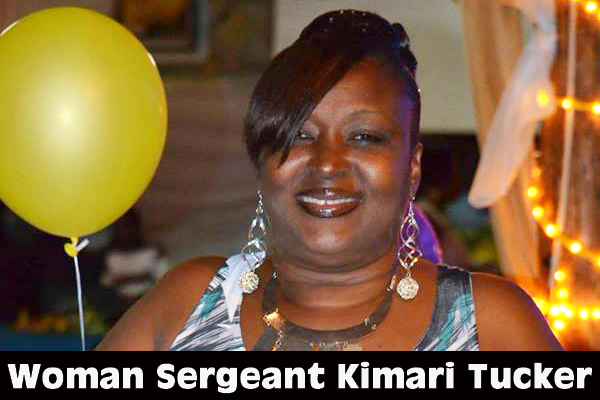 The officer, a 25-year veteran of the Police Department, collapsed going to a concert

A female police officer, who is a mother of three, is currently on life support at the Karl Heusner Memorial Hospital (KHMH) following what was reportedly a hypertensive condition that caused her to faint while going to a public event which was held at the ITVET compound on Freetown Road in Belize City this past Saturday, March 29.

Amandala understands that Sergeant Kimari Tucker, 43 – attached to the Precinct 4 Belama Substation –was accompanied by friends and family, who were all on the grounds of ITVET, where the concert was being held, when she suddenly collapsed even before reaching the concert itself.

Yesterday, her family told KREM News that she was in a serious condition at the Intensive Care Unit of the KHMH, where she had been declared brain-dead, but was still breathing on her own at the time.

Today, however, we were informed that her condition has “deteriorated significantly,” as she is currently on life support, and her blood pressure has escalated, which has resulted in complications which appear to be life-threatening.

We contacted one of her colleagues at the Belama Police Precinct who declined comment, but we managed to speak to another one of her peers who recalled that they both graduated from Police Training School together in 1989, when Tucker was just 18 years old.

Since then, the well-known Tucker – who is now a 25-year veteran of the Belize Police Department – has remained a law enforcement officer, eventually earning the rank of sergeant.

Although there have been rumors on the social media that she had died over the weekend, today her family confirmed that she is still alive and that her prognosis is presently described as “grave.”