Worth more alive than dead: Belize contributes to historic trade protection for sharks and rays 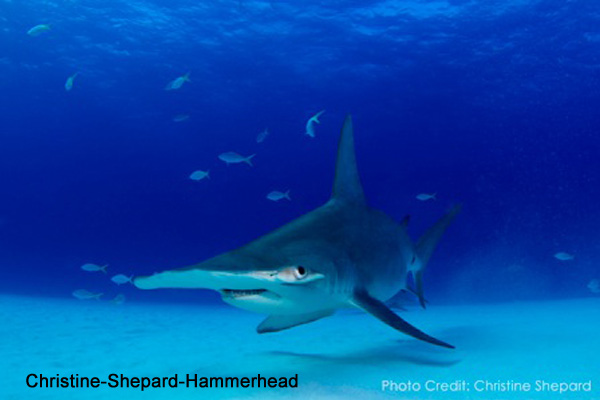 Belize is party to a historic success to protect sharks and rays from the ravages of international trade. Country delegates attending the 16th conference of the parties for the Convention on International Trade in Endangered Species of Wild Fauna and Flora (CITES) voted on Thursday March 14th to list five commercially fished species of sharks and three species of rays currently threatened with extinction.

These species join the previously listed whale, basking and white sharks (Appendix II) and four other critically endangered species of sawfish (Appendix I). The listings will strongly complement any national protective measures (e.g., whale sharks) and regional management measures. Hammerhead exports are already prohibited under an agreement with the regional fisheries management organization the International Commission for the Conservation of Atlantic Tuna (ICCAT).

There is now no doubt that international trade is the primary driver in the dramatic decline in numerous shark and ray populations. Several studies have shown that populations of several commercially fished species of sharks and rays have declined over 80%, with hammerhead populations decreasing by over 90% within a human generation (which equals a generation for several shark species). Two separate global studies have estimated median landings of 38 million and 100 million sharks a year respectively, mostly to supply Asia’s voracious demand for the status-laden shark fin soup.

Manta rays and their smaller cousins the mobulas (found in Belize) have not avoided Asia’s insatiable demand for marine products: they are targeted for their gill plates, which are turned into ineffective medicine. The use of nets and longlines in particular are key culprits in the declines. Compounded by these species’ life history characteristics similar to ours of slow growth, a long life, late maturity and low productivity (few young produced after a gestation period of over 9-12 months with a pause between litters), it is clear that the current rate of exploitation is grossly unsustainable.

Yet, 54 shark-fishing permits have already been given out this year by the Department of Fisheries and recent documented captures include hammerheads, which cannot be exported. A study conducted on the shark fishery in Belize in 2007 indicated that shark catches, particularly of formerly abundant hammerheads, had declined significantly and that the majority of all shark products were leaving Belize illegally for neighboring countries. Products were then further exported to Asia (confirmed by a study that genetically matched hammerhead fins from our region to those found in Hong Kong markets).

To put the status of sharks in perspective, the International Union for the Conservation of Nature (IUCN) calls on its 130 experts worldwide to assess the status of species of sharks and rays. Such assessments have shown that 17% of the 1050 assessed species are threatened with extinction. There is insufficient information to conduct an assessment on almost half of 152 species known to occur in the Caribbean. Additional research may find that these species are also threatened; yet our greatest challenge is now finding and studying these animals.

If we think “deh caan be dun” consider this: two species of sawfish (smalltooth and largetooth) formerly abundant in Belize’s rivers and sand flats are now gone. Sawfish are ecologically if not fully extinct in our region. And based on fisher surveys along the coast of Belize and neighboring Guatemala, Honduras and Mexico, nets are again squarely blamed for the demise of sawfish.

Over the course of 15 years of working with sharks in Belize, first with whale sharks and then with coastal and reef-associated sharks and rays, many have asked me “but why should we care about sharks?” Sharks and rays are extremely good for Belize in a host of ways. Similar to the role that jaguars and eagles play on land, sharks and rays provide ecosystems services that keep the estuarine, coastal and marine environments healthy.

Sharks play a critical role in keeping the populations of many prey species in balance. This has important consequences for many habitats, notably coral reefs. Studies conducted on pristine reefs in the Pacific indicate a strong linkage between healthy resilient reefs and high numbers of sharks. With the impacts of climate change and invasive species now being felt, sharks can foster resilience in our finfish fisheries and the Belize Barrier Reef as stressors such as increased water temperatures, ocean acidification, pollution and even the invasion of the alien lionfish (a Pacific species) increase.

Tourism, Belize’s biggest source of income is another strong economic argument for keeping sharks alive. Belize’s sharks and rays conservatively generate a minimum of BZ$10 million annually in renewable tourism revenue. This income is broadly distributed across the country’s economic landscape. Many protected areas, communities, businesses and families, benefit from sharks both through direct revenue and indirectly through the provision of tourist accommodation and food. If the Republic of Palau can generate USD$ 18 million annually and the Bahamas can generate US$78 million annually from shark tourism, Belize should be able to generate substantially more because unlike most other shark diving destinations, we have also tremendous land-based attractions and an incredible Barrier Reef to boast of that will keep shark divers in country longer. Belize could in fact become THE shark diving destination in the Caribbean.

But this requires live sharks and rays. Studies in the Maldives showed that each live reef shark was worth US$ 33,500 annually. In Palau a single shark’s worth reached US$ 1.9 million over its lifetime (25-30 years). Yet a dead shark is only worth a couple of hundred dollars, the benefits are non-renewable and are poorly distributed to only a handful of often non-resident fishers. Surveys conducted with fishers and the public in 2006 and 2011 indicate that there is little demand for shark products in Belize, sharks are not universally feared and there is a strong desire to see sharks protected.

If economic arguments are insufficient as a basis for stronger conservation measures, consider this: Sharks are not healthy to eat. Sitting at the top of the food chain, sharks accumulate in their bodies a host of heavy metals and other substances that are known to be toxic to humans. Notably, analyses of tissues of 172 sharks representing 11 species landed by fishers in Belize showed that over 80% of samples had unacceptable levels of mercury – a potent neurotoxin. This strongly suggests that shark meat should not be consumed, especially by women and children.

The next steps in the effective management and conservation of sharks and rays, globally and in Belize will be challenging. There is a period of 18 months before the new CITES listing requirements come into effect. During this time training in the identification of shark products and export monitoring methods will be needed to effect closer scrutiny of all shark fishing activity and exports. Greater vigilance and enforcement will also be needed to ensure that all landings are accounted for and all exports are legal.

In the meantime it is worth reflecting on the incompatibility of shark encounter tourism versus shark fishing in Belize. An increasing number of countries including Honduras have banned shark and ray fishing as they realize the value of live sharks to their marine ecosystem and their economies. Why kill and give away our precious iconic jaguars of the sea to other countries when our fish, our reef and our economy needs all the help it can get? Let us do right by our sharks and rays and join a rapidly growing number of nations worldwide who have embraced the reality that sharks and rays are worth far more alive than dead.