Home Features Right to the Point: It is wrong, it is distasteful… and it...
FeaturesOpinion

Right to the Point: It is wrong, it is distasteful… and it is CORRUPTION! 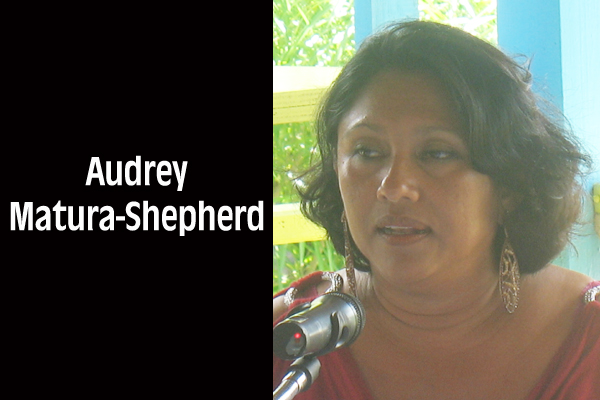 In Belize we seem not to want to understand what is corruption, abuse of office, conflict of interest and all the situations where people in public office act in their best interest rather than the interest of those they represent. This is bad, because it means that we keep on calibrating our moral and ethical compass to justify a situation. This is especially dangerous when the leader of this country moves his goal post to defend the wrong of Ali Baba’s forty thieves.

The recent revelation by the media of some 70 plus cheques written out by the BAA for the non-BAA use is unacceptable. Even more unacceptable is the fact that Minister Edmund Castro is again at the center of the storm, with him having received directly or indirectly the benefit of some 30% of the money. But BAA Board members also benefitted, and so did many others who we are told received money for “education assistance.” But no matter how you spin it, the Board, in my honest view, acted beyond its power and legal authority in using BAA money for purposes not stated in the Belize Airport Authority Act, Chapter 238, which clearly sets out what can and cannot be done as a Board and an Authority. Section 17 set out the functions of the BAA:

(a) to administer, control and manage prescribed airports and any other property vested in it under this Act;

(b) to provide and maintain such services and facilities as are in its opinion necessary or desirable for the efficient operation of prescribed airports or as the Minister may require;

(c) to provide rescue and fire fighting equipment and services at prescribed airports.

There is no mention of the BAA having the right nor power to be a charitable institution to give donations and educational assistance nor loan advances to its Board or any similar activities. Rather at Section 5 BAA Act it clearly states the role of the Board and it seeks to ensure that the cross-section of members are of some high professional qualification to be able to fulfill their role. Section 5 states:

“5.-(1) There shall be a Board of Directors of the Authority which, subject to the provisions of this Act, shall be responsible for the policy and the general administration of the affairs of the Authority.
(2) The Board shall consist of such number of directors, not being less than five nor more than nine, as the Minister may, subject to subsection (3), appoint from time to time from persons appearing to the Minister to have ability and experience in matters relating to air transport, finance, economics, engineering, accountancy, law, industrial relations or commerce.”

It is corruption, even by any other name!

But this Board and its leadership failed us and so did our Prime Minister, when he could not muster the courage to call this spade a spade…. But it is this spade that is digging his political grave! The nation will never forget these words uttered by the one leader I have known in my lifetime to profess he is for transparency and accountability and will stamp out corruption. Hon Dean Barrow somehow spoke from the heart at the House sitting of January 22, 2014:

“This is not corruption. The Airports Authority in the full exercise of their jurisdiction obviously assisted the Minister on several different occasions. I will tell you right off that I find it utterly and completely distasteful and I think the Airports Authority and the Minister are both wrong. So don’t think I am here making any apology for anybody, but call it what it is, man. It is not corruption.”

Well, if this is not corruption, what is? Isn’t this a situation where public officials used their offices for personal gain? If the answer is a resounding YES, then this is corruption. And corruption by any other name is still CORRUPTION!

Of grave concern to me is the fact that the Prime Minister is the Minister of Finance, under whose direction and vigilance the finances of the Belize Airport Authority falls for the purpose of accountability. At Section 14(2) of the BAA Act it clearly states that:

(b) repayment of overdraft, if any, on current accounts;

(e) payment to the Government of any consideration for the transfer of property as provided by section 21;

(f) reimbursement to the Government of all sums expended by it in respect of the pensions and gratuities of public officers seconded under section 34;

(g) repairs and maintenance of buildings and equipment and other current expenses;

(h) any other expenditure approved by the Minister responsible for Finance.

Do you see any provision for education, dental works, bicycle works, funerals, etc? This section is telling you what the revenues of the BAA MUST be used for and at (h) it allows some discretion for “any other expenditure,” but it is not the Board that determines what this will be, rather only the Minister of Finance, in the person of the Prime Minister, the office holder, could have made such approval! From the facts floating around, it is fair to assume he did not give such approval. Thus, I could not imagine why he would put himself out on a limb and defend their act as not corrupt, when it is his office they outright disrespected! Please, Mr. PM, explain this one to the nation!

Full disclosure of the decisions demanded!

Better yet, the people of this country must issue a call to make public the minutes of the meetings at which these decisions were taken. The BAA Act states at section 13(2) (2) “Minutes in proper form of each meeting of the Board shall be kept by the secretary.”

This is especially important given the fact that the very Minister of Finance at the House sitting sought to JUSTIFY the legitimacy of Minister Castro’s requests, but this could only be justified if under the BAA Act as “other expenditure approved by the Minister responsible for Finance”.

“He didn’t steal the money from the Airports Authority; he didn’t get the money under false pretences [sic]. He obviously was of the view that the Airports Authority, which is a statutory body associated with the section of the Ministry for which he is responsible, could be asked to assist him and his constituents politically. I have spoken to the members of the Authority, and I have told them upon pain of being fired, not another cheque or form of assistance must be given to the Minister.”

As far as I read it, neither the Minister nor the Board was entitled to any assistance! Sadly, this Act does not criminalize the abuse of office and the contravention of the established purpose of the BAA.

So the question is: were these contributions and extra-BAA expenses approved by the Minister of Finance? I am not concerned about the lack of pretenses… I am concerned about the lack of approval from the proper authority. And if the minutes or records or correspondence disclose the PM gave such approval, which I don’t believe he did, then he would need to disclose it to us, the PEOPLE!

There is an aspect of this situation that I find worrying and from a strictly parental angle rather disturbing. It is disturbing to me that as a result of these cheques surfacing, the names of the children of those involved are being called. As responsible parents we should never put our own children in these positions where they are at the center of any conflict of interest.

For example, Minister Castro’s son now has his name all over the place for receiving pay checks from the BAA. Even if he was employed by the BAA for the summer, that too can amount to a conflict of interest, since in these circumstances, it is only with special approvals and disclosures that such arrangements can be confirmed. Even the Board member who had the BAA pay his/her child’s dental work has done an injustice to such child because no child should be in the midst of a controversy like this.

But maybe more worrying to me is the fact that children are what they see and parents have a great influence on their children. If from now our leaders and professionals present these situations as fine with their children, what is the next generation of citizens we are raising going to be like? In their love for us as parents, our children want to believe they are doing what is best for them and we are teaching them by example.

Now, from the news report, it is obvious that all the cheques being referred to can be traced right back to some UDP supporter in some form or fashion. This is not looking good, because it does not disclose an at-arm’s-length transaction that is beyond reproach. I believe the reason the BAA Act calls for the Board to be comprised of members versed in “finance, economics, engineering, accountancy, law, industrial relations or commerce” is because a higher level of accountability and transparency is expected and because the expectation is for there to be focus on the purpose and mission of the Authority in its responsibility for aviation and airports.

It seems that some of the monies were being used as an “education fund”, which, if that is a policy decision, could be done once approved by the Minister of Finance. In those cases a guideline as to how applications are received and decisions of beneficiaries determined is usually made public.

It may, however, not be too late that the Prime Minister sought to recuse himself from the situation and some heads have rolled. This to me is a stark set back from the position that it is not corruption. I say this because had it been just a misjudgment of a situation there would be no need to have some heads roll. But when taken at its totality, 76 cheques are just too many for each be a misjudgment. And 76 times, the same Board acting in such misjudgment is too much for any right-thinking person to ignore. I believe the monies must be paid back, where possible, especially the money Board members benefited from.