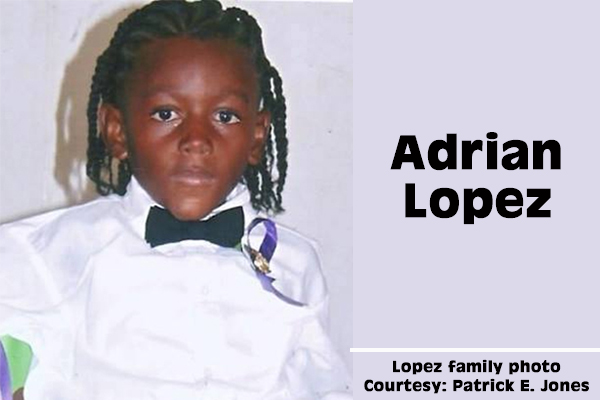 The 8-year-old went swimming without permission

Corporals Matthew and Lynnette Lopez of the Dangriga Police Station are mourning the death of their son, Adrian Lopez, 8, a standard 1 student of Sacred Heart RC School in Dangriga, who drowned in the Dangriga River (North Stann Creek River), in the New Site area while in the water with a group of friends at about 3:00 Saturday afternoon.

Adrian was floating on a piece of foam when he slipped off, went under and did not resurface.

His mother, Corporal Lynnette Lopez, said that they were unaware that Adrian had gone swimming with friends. They were at home on Saturday, and became alarmed around 6:00 that evening when he had still not come home, and went looking for him.

The boys who were with him did not say anything to them initially about what had occurred, but at about 7:00 that night, they went to the parents and began to relate pieces of what had happened.

The police were alerted and neighbors in the area began to search for the boy in the river. He was found about 9:45 that same Saturday night, in the general area where he went under the water. He was declared dead on the scene.

The principal of Dangriga Sacred Heart RC School, Clara Castillo Sabal, told Amandala that the school is mourning the loss of one of their students, and a priest has been asked to talk to the students and to help Lopez’s classmates cope with the death.