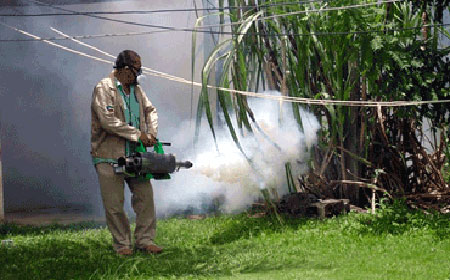 BELIZE CITY, Thurs. Sept. 29, 2016–Updated information released this week by the Ministry of Health indicates that the number of suspected Zika cases in Belize is approaching 600, with the number of laboratory-confirmed positive cases totaling 46 as of last week.

Information shared with us last week by the Ministry of Health, after a request we submitted on September 1 for data, indicated that there were 341 suspected and 42 confirmed cases. However, at a press conference held on Tuesday in Belize City, Lorena Perez, Surveillance Officer, Epidemiology Unit in the Ministry of Health, presented the revised numbers, signaling that the number of suspected cases is in fact much higher.

Director of Health Services, Dr. Marvin Manzanero, told Amandala today that the Ministry has refined its classification of suspected cases. He said that whereas initially, fever was included among the symptoms used as a criteria to determine whether a patient may have Zika, they have since found that not all Zika cases result in fever, so the criteria for determining a suspected case involves the patient having a rash and conjunctivitis, and coming from an area of the country where Zika cases have been reported.

Perez revealed that 262 of the suspected cases and 21 of the positive cases are from the Belize District, with multiple cases being reported in both Caye Caulker and Belize City.

Dr. Manzanero told us that patients who are less than five years old, or who are pregnant or elderly are among the priority persons for attention.

Kim Bautista, Chief of Operations for Vector Control, said that they have distributed over 8,000 bottles of insect repellant and over 3,000 bed nets to pregnant women, as they try to prevent transmission of the disease via insect bites.

However, Zika is also sexually transmitted, and Largaespada-Beer cautions against unprotected sexual activity during pregnancy.

Dr. John Sosa, neurologist at the Karl Heusner Memorial Hospital, underscored the need for pregnant women to especially do the necessary follow-through if they may have contracted Zika.

“We have a case right now of a lady who is 17 with a baby who was born at 32 weeks pregnancy or premature with microcephaly and brain abnormalities suggestive of Zika. This person never did go to a health center and when she was sent here to the lab to do a Zika test, she never did go or go back to the clinic. So things like that can happen which is why we need to educate the public that it is important for them to do their prenatal care and if we send them for testing, it is important that they come and do our tests. People will fall through the cracks and we may have microcephaly linked to Zika, unreported because we just don’t know.”