2 busted with gun and rounds 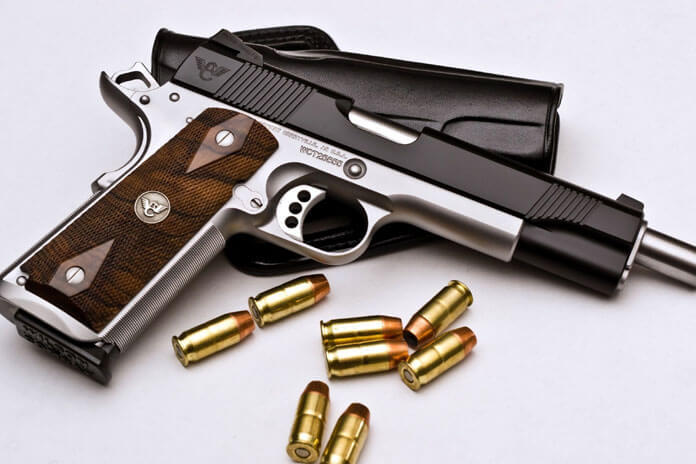 BILLY WHITE, Cayo District, Fri. Apr. 17, 2020– Two men of Billy White are in custody after they were found with a firearm and 18 rounds of ammunition without a gun license. They were also found with a bag containing 293 grams of cannabis. They have been charged with drug trafficking and possession of a firearm and ammunition without a gun license and have been detained, pending arraignment.

Police said that they were conducting patrols in Billy White when they saw two men who were carrying a bag, and the men became nervous when they saw police coming towards them.

The men, 26 and 18 years old, were stopped and searched by the police officers, and during that search the officers found a .38 Special revolver and a pouch in which there were 18 live .389 Special rounds, and some cannabis in a bag.

The items were deposited as exhibits and the two men were booked for the offences.

(Note: Feature photo is not actual image of gun and rounds found)