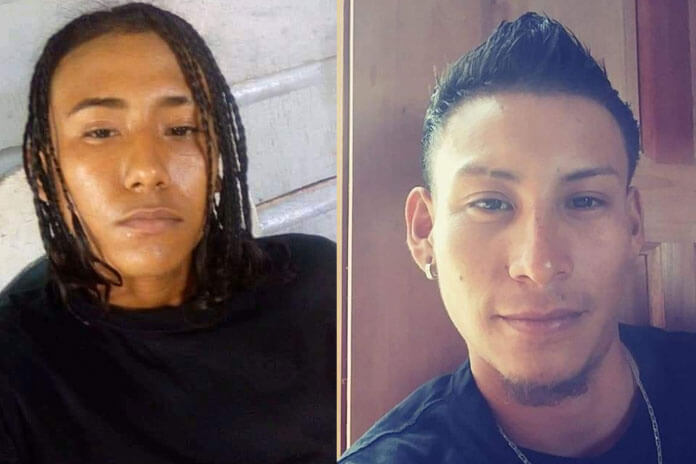 SAN ANTONIO, Orange Walk District, Tues. June 2, 2020– At about 7:00 Sunday evening, two friends from Guinea Grass —Raymundo Copo, 17, and Alfonso Garcia, 25, were traveling in a pickup from Guinea Grass to Santa Cruz, but while they were crossing the San Antonio Bridge, the driver, who was reported to be Alfonso Garcia, lost control of the vehicle, which flipped and fell off the bridge, into the river below, and it became submerged.

As a result, Garcia was thrown out, while Copo was trapped in the vehicle.

A man who was walking home at the time was alarmed by the loud, crashing sound and ran onto the bridge and saw the vehicle submerged. He quickly jumped into the Rio Hondo River and saw a man trapped in the vehicle.

With the help of the villagers and police, the man was recovered out of the vehicle, and he was identified as Raymundo Copo.

The other accident victim was not found due to the darkness, but the badly damaged pickup was retrieved out of the water.

The search continued on Monday morning, and the body of the second person was found, and he was identified as Alfonso Garcia.

The villagers said that they have been urging authorities to put speed bumps on the approaches to the bridge and to put signs and lights on the bridge. They said that is very dangerous and it has no adequate protection for drivers. It has only one guard rail; however, their plea to improve the safety features of the bridge seems to have fallen on deaf ears. 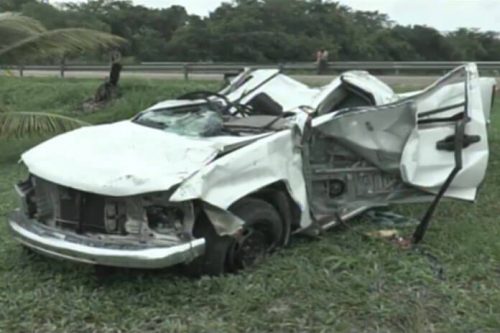 CTV 3 News Belize of Orange Walk said that the two friends did not tell their families where they were going. Garcia’s father said that he saw his son go into his room and thought the he was going to sleep, and did not see him leave the house. He was in disbelief when he was informed that his son had been killed in a vehicle accident, that he had crashed into the river.

Copo’s family told the media that he was at home when his long-time friend came to the house and asked him to go with him. They intervened and tried to stop him, but he still went with Garcia.

Shortly after, they got the news that he was dead, due to the vehicle crashing into the river.

The villagers believe that speed was a factor in this double tragedy.