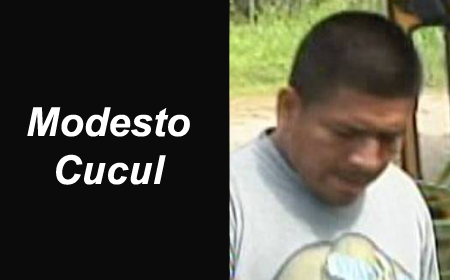 BELIZE CITY–The trial of two police officers, Modesto Cucul, 30, and Frederico Tush, 26 , who had been indicted for the July 29, 2012 murder of Michael Valerio, 47, a Punta Gorda resident, ended in the Southern District of the Supreme Court today when Justice Denis Hanomansingh found them not guilty of murder and dismissed them.

In the trial by judge without jury, which lasted eight days, 14 witnesses testified for the prosecution’s case.

On the night of Sunday, July 29, 2012, Michael Valerio was severely beaten, allegedly by the two cops, who were under the influence of alcohol.

Two days after Valerio died, police charged Cucul and Tush for his murder.

Several of the witnesses who testified at the trial, however, were unable to properly identify the two accused police officers, and were unable to tell the court with certainty that they saw the two cops beat Valerio upstairs of the Central Club, located on Front Street in Punta Gorda Town. 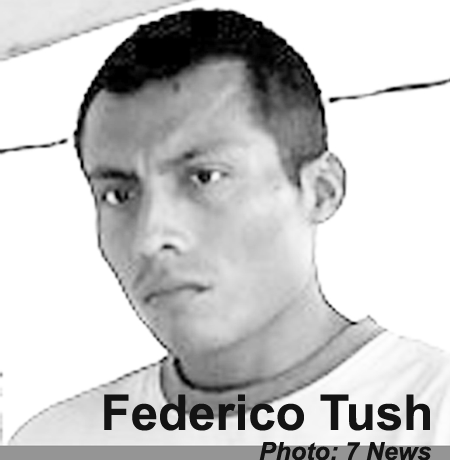 The first witness to testify in the trial was Vidal Ticas, who told the court that he took away Tush’s car keys from him. Ticas, however, gave no evidence to the court that he had witnessed the attack on Valerio.

PC Nicholas Choc, who was the diarist at the police station, testified that he saw Cucul go to his locker and take out his baton.

Justice Hanomansingh stated in his judgment that “at no time during this trial was a baton introduced into the evidence as an exhibit.”

Louis Braddick, who owns the club where the incident occurred, testified that between 9:30 p.m. and 10:00 p.m. on July 29, 2012, he was in his room, and when he opened his door, he saw two policemen, and one of them was beating his friends, which included Valerio.

After he was attacked by one of the policemen with a baton, Braddick said, he ran to the police station. When he returned home, he saw the naked body of Michael Valerio on the entrance of the stairs leading to the upstairs.

Sergeant Cardinal Smith, the investigating officer, gave evidence, but Justice Hanomansingh noted that the sergeant’s evidence “did not assist with the identification of the perpetrators. “

Another witness, Carl “Saddaam” Enriquez, gave evidence that between 8:30 p.m. and 10:00 p.m. he was at Braddick’s residence, and he, Enriquez, had a bottle of red top, a strong drink, with him.

When Enriquez saw one of the policemen hit Valerio with the baton, he ran off and a slim officer, who was of Indian descent, followed him, he said. Enriquez then picked up a rock and stoned the officer, who had nothing in his hand. According to Enriquez, the officer turned back.

Enriquez testified that he then went to the police station and upon his return, he saw Valerio in a pool of blood.

An identification parade was held at the Belize Defence Force Fairweather camp.

The attorney for Tush, Bryan Neal, was able to convince the judge that the identification parade did not meet the standards that the law required.

In his defense, Cucul, who was defended by attorney Dickie Bradley, gave an unsworn statement from the dock.

Cucul told the court that on the night when Valerio was murdered, he worked until 10:00 p.m. and then he left the Punta Gorda Police Station and walked home. He denied taking or walking Valerio upstairs of Braddick’s house. He said that he was innocent of the charge.

Tush also gave an unsworn statement. He told the court that he drove down to Punta Gorda in his car to do some errands around 6:00 p.m., and that he met some police officers at the park socializing. He said he socialized with the policemen in the park for about 45 minutes.

About 7:00 p.m., he said, he decided to go home, but Corporal Ticas took away his car keys, because Ticas thought he was drunk.

Justice Hanomansingh concluded his judgment, by stating, “The witnesses did not seem to know any of the attackers by name….”

“Failure to hold any or an acceptable identification parade leaves me with grave doubt as to whether the two accused are the persons who attacked and thus caused the death of Michael Valerio … The prosecution has failed to prove to me, so that I feel sure that the two accused inflicted the injuries or any injury to Michael Valerio that night,” he declared.

The Crown’s evidence was led by Crown Counsel Leroy Banner.