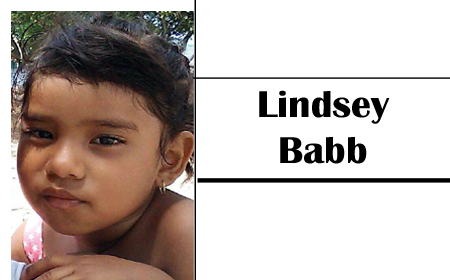 However, nothing could have prepared him for a fatal road traffic accident that occurred this morning in his jurisdiction while he was off duty.

According to police reports, sometime around 8 a.m., Babb was driving his motorcycle on Liberty Avenue when a red Bowen and Bowen truck, driven by Irvin Leal, 24, made a left turn and collided with his motorcycle in front of 123 Supermarket.

The collision flung Babb and his 3-year-old daughter, Lindsey Babb, from the motorcycle and onto the hot pavement.

Babb suffered minor injuries to his legs, but tragically, his daughter’s head was crushed by the truck. She was transported to the Northern Regional Hospital, where she was certified dead by medical authorities.

Babb told Amandala that the truck driver did not render aid and was instead attempting to flee the scene, but concerned bystanders pursued him.

Babb alleges that this accident could have been prevented: “The guy saw me and he still overtook me, and ‘bang’ the curve,” he lamented.

Leal has since been served with a Notice of Intended Prosecution (NIP). 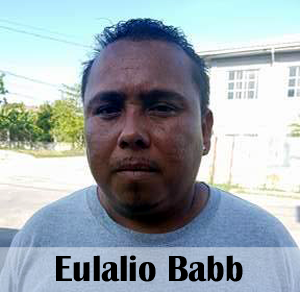 Babb told us that he knew his daughter had died, because he could observe brain tissue on the street, but he still picked her up and held her in his arms for the last time.

At the time of the accident, Babb was taking the child to her maternal grandmother so that he could make preparations for the start of his midday shift.

That grandmother reportedly suffered a minor stroke upon hearing of the fatal accident. She remains at the Northern Regional Hospital receiving treatment.

Following the accident, Bowen and Bowen Ltd. issued a statement saying that they were, “deeply saddened by the tragic accident which occurred this morning in Orange Walk involving one of our vehicles.” “As we await details of the accident, we would like to extend our deepest condolences to the family of the young girl who perished,” said the company in its statement.

Mayor of Orange Walk Town, Kevin Bernard, posted to social media, “Nothing we do will bring back this baby girl, but we can, as a municipal administration, and as motorists, take steps to ensure that these terrible accidents do not happen. One of those steps is to situate a pedestrian crossing in that heavily trafficked area.”

Lindsey Babb was scheduled to start pre-school this September. Her father told us that he had labored intensely to buy her uniform and other school materials.

Sadly, now he must find money to pay for her burial, which he doesn’t have. Babb is asking for the public’s assistance in covering funeral costs.

Those wishing to contribute to the funeral expenses are asked to contact Babb at 668-6342. Lindsey was the third of his three children.