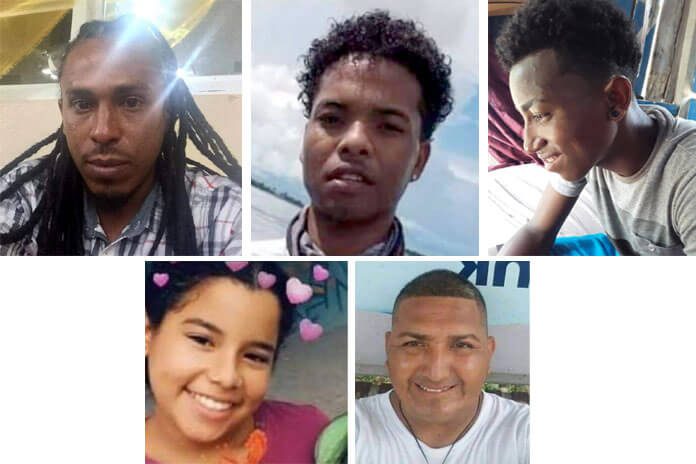 At about 9:30 Friday morning, October 25, Damion Clive Baizar, 17, of Hillview, Santa Elena, Cayo District, left home with two friends to travel to Belize City, and he has since disappeared.

Reanna Espat, 13, a student residing in Benque Viejo Del Carmen, Cayo District, left home at about 7:30 Monday morning, November 25, to go to Mopan Technical High School in Benque Viejo, and has since disappeared. She left home wearing her school uniform, which is a sky-blue blouse with a blue skirt, and black tennis shoes with white socks.

Elito Puc, 42, a teacher of Arenal Road, Benque Viejo Del Carmen, Cayo District, left home to go to Melchor on Thursday evening, and has not been seen since his departure. Despite efforts by his family to contact him, they have not seen or heard from him. He was last seen wearing a white T-shirt and black pants.

The family of Densmore Bowman, 23, of Belmopan said that at about 3:00 Friday afternoon, he left home to pick up some money from Western Union, after which he was seen socializing at a bar in the market square area up until 8:00 p.m. that Friday night, after which he disappeared.

Those who have tried to call him via his mobile phone have only received a voicemail response.

Michael Cobo, 18, of San Pedro, traveled from the island to Belize City on Friday. He was last seen in the Yarborough area on that day and he had told his cousin that he was fine.Since then, however, all efforts by his family to contact him have been in vain. His phone apparently has been cut off and his whereabouts remain unknown.

Anyone who sees any of the missing persons or has information that could be of assistance in finding them is urged to contact the nearest police station, or call 911, or 0800- 922-TIPS. Cobo’s family can be contacted at 632-0930.