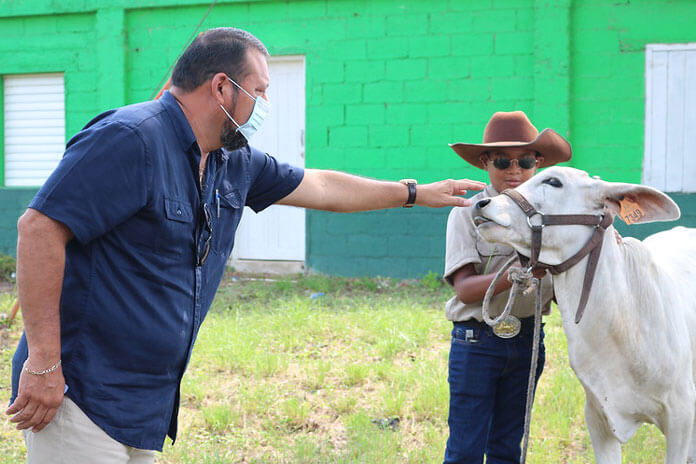 Brayden was raising a calf in his home village of Blackman Eddy which was stolen sometime last year. Minister Mai heard his story and decided to give the young farmer the young calf, which the minister obtained through a collaboration with the Mennonite community in Shipyard.

A release from the Government of Belize Press Office stated, “During the handing over, Minister Mai encouraged Brayden to continue to pursue his dream of being a cowboy and to become a successful cattle farmer, in order to create employment and contribute to the development of the country.”

Also present at the ceremony were the chairman of Blackman Eddy, Kano Green, as well as members of the Blackman Eddy village council, and residents of the village.

Belize City, Wed. Nov. 24, 2021-- In the past months, Belizean consumers have been seeing the price of goods rise continuously. Back in September,...
Read more
Politics